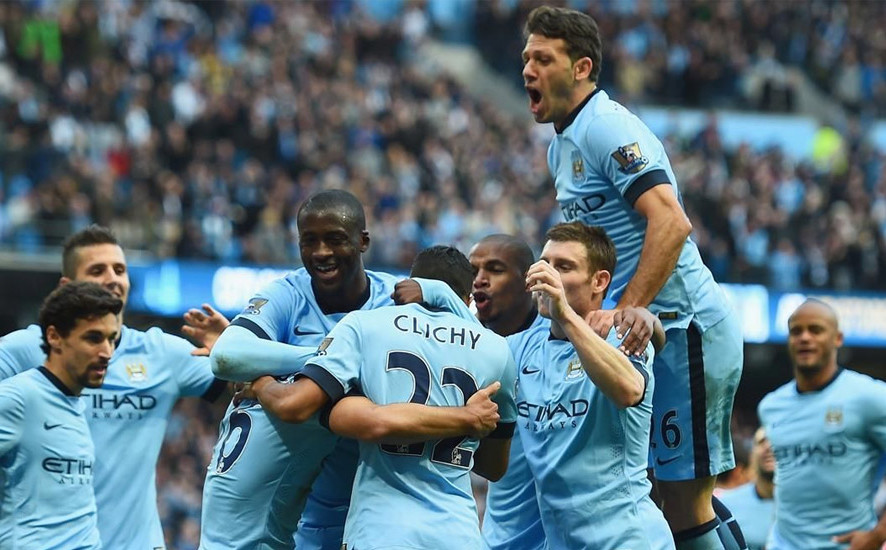 Following the goalless draw at the Emirates Stadium, between Arsenal and Liverpool on Monday night, Manchester City are the only remaining team with a 100% record in the English Premier League after round three.

While Liverpool moved up to third, remaining unbeaten and yet to concede a goal this season, it is Manchester City who have made the strongest start and are now odds on betting favourites to win the Premier League.

City have made a blistering start to the new season, winning all three games, scoring eight and conceding nil, a far cry from the side which meekly surrendered their Premier League crown to Chelsea last season.

For Chelsea and Jose Mourinho, at the third time of asking they picked up their first win of the new English Premier League season, doing it the hard way in claiming a 3-2 win against West Brom.

Under fire captain John Terry had another day to forget, picking up a second-half red card which will now see him miss Chelsea’s next three games. On a more positive note, Chelsea fans will have been delighted by the debut of new signing Pedro from Barcelona, who managed to get off the mark on his first appearance for the Blues.

Pedro’s debut performance will have been tough to watch for Manchester United fans, who all summer expected him to be wearing their famous red kit and strutting his stuff at Old Trafford, only to see him switch his allegiance to the Londoners at the last moment.

United could end up rueing that decision, especially as they stuttered to a frustrating goalless draw at home to a well organised Newcastle side. The Red Devils sit fourth after three games, but with just two goals scored, concerns are already starting to mount on where the firepower is going to come from this season.

Leicester continue to be the surprise package with Claudio Ranieri’s side sitting in second spot, after a 1-1 home draw with Spurs gave them their seventh point of the season.

Elsewhere, Crystal Palace edged a tight game against Tim Sherwood’s struggling Aston Villa, winning 2-1 at Selhurst Park, while newly promoted Norwich will have been frustrated to only draw 1-1 at home to Stoke, who had goalkeeper Jack Butland to thank for leaving Carrow Road with a point.

Game of the weekend game at Upton Park, where Bournemouth picked up their first Premier League points with a thrilling 4-3 win over West Ham. A Callum Wilson hat-trick did the business for the Cherries, while for Hammers fans their opening day win at Arsenal seems a long time ago, following back to back home defeats.

In the Premier League football relegation betting, Sunderland are strongly fancied to be dropping down into the Championship after just three games, despite picking up their first point of the season in a 1-1 home draw to Swansea.