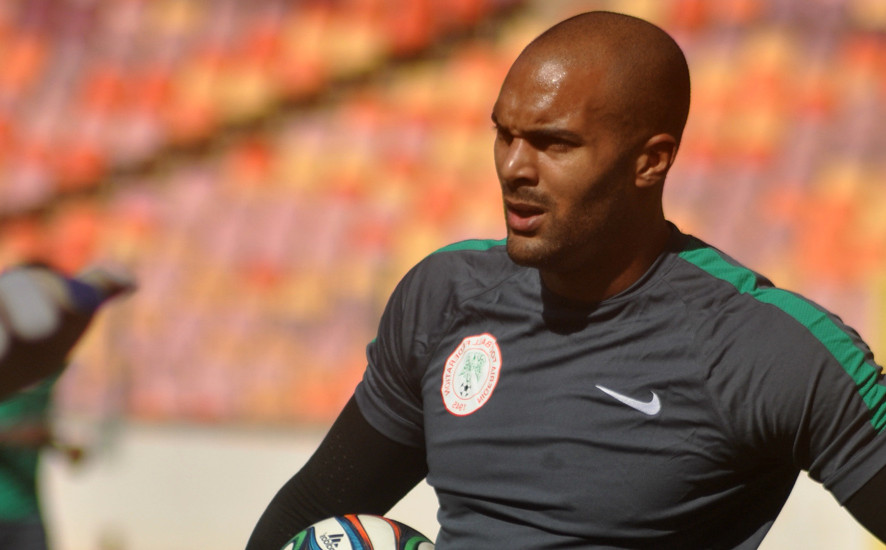 Uganda moved to the top of their 2017 Africa Cup of Nations qualifying group following a narrow 1-0 win over Comoros at the Stade Said Mohamed Cheikh in Mitsamiouli on Saturday.
The Cranes got their campaign off to a winning start, downing Botswana 2-0 and kept their 100 percent record intact thanks to a first-half strike from Tony Mawejje as they move a step closer to qualifying for their first AFCON since 1978.
Comoros had the chance to equalise from the spot after the break, but Yossouf M’Changama’s effort was denied by Uganda goalkeeper Denis Onyango. The win sees Uganda leapfrog Burkina Faso to the top of Group D.

The Seychelles held Ethiopia to a 1-1 stalemate at Stade Linité in Victoria on Saturday. Seychelles went ahead in the 24th minute thanks to a goal from experienced striker Nelson Laurence, but that goal was not enough to get the win as Ethiopia levelled the match through Seyoum Tesfaye.
The draw serves as a huge blow for Ethiopia who were favourites to push Algeria from top spot in Group J.

Goals from England based Cheikhou Kouyaté and Sadio Mané secured a 2-0 win for Senegal over Namibia at the Sam Nujoma Stadium in Windhoek on Saturday.
The win cements the Lions of Teranga’s place atop Group K after two rounds of fixtures with Burundi joining Niger on three points following their 2-0 win over Niger in Bujumbura.

Burundi defeated visiting Niger 2-0 to get their AFCON qualifying campaign back on track in Bujumbura on Saturday. They now have three points from two matches after they lost their opening game 3-1 to Senegal. Niger is also on three points after they piped Namibia in June.
Senegal and Namibia will do battle on Sunday to give a clearer picture of the group standings. Burundi had Fiston Abdul Razak and Papy Faty to thank, as their goals secured a precious win for the home side.

Mubarak Wakaso curled in a free-kick late to give Ghana a deserved 1-0 win over Rwanda in their 2017 AFCON qualifier.
The victory ensured the Black Stars took firm charge of Group H with six points from the available eighteen. It was sweet revenge for Ghana who lost to the Amavubi Stars by the same scores at the same venue 12 years ago to miss out on the 2004 Africa Cup of Nations.
The main talking point of the match was the horrendous condition of the pitch, and it made the match lack action until Wakaso scored later on.

Nigeria Super Eagles barely held out to salvage a goalless draw with the Tanzania team, who deserved more in this AFCON qualifier in Dar es Salaam on Saturday afternoon.
The eagles had debutant goalkeeper Carl Ikeme to thank for keeping the determined hosts at bay.
In truth, Tanzania deserved the win, but now their chance of qualifying for the 2017 mundial has suffered another blow as they only have 1 point from two games, while heavyweight Nigeria has 4 points in the group.

South Sudan recorded their first ever win in a competitive match with a 1-0 beating of Equatorial Guinea. They scored the only goal of the game through Atak Lual. The win leaves them level with Mali at the top of the group C table, while Equatorial Guinea are bottom of the group.

Botswana beat Burkina Faso 1-0 thanks to Joel Mogorosi’s second half goal to record their first 2017 African Cup of Nations (Afcon) Group D qualifier victory. In a match where chances were few and far in-between, Joel Mogorosi’s powerful low strike was a near miracle.

Morocco secured a convincing win over Sao Tome at Estadio Nacional 12 de Julho on Saturday, in match day two of the 2017 Africa Cup of Nations qualifiers.
With six points to their name, the Atlas Lions are now three points clear of second-placed Cape Verde, who will be facing Libya in Cairo on Sunday evening, at the top of Group.
Three first half goals from Nordin Amrabat, Youssef El Arabi, and Nabil Dirar was all Morocco needed to stroll home with the win.

Férébory Doré led Congo to a 4-2 away victory over Guinea Bissau on Saturday, in their second Group E outing. A brace from the Angers striker on either side of half-time proved enough to see off the ‘Wild Dogs’, who however, managed to pull two goals back in the second half.
Doré put the visitors ahead just before the half-an-hour mark, following a good combination with Granada star Thievy Bifouma. The duo was again in action four minutes. ‘Fodé’ Doré completed his hat-trick in the 62nd minute, but 22-year-old midfielder Zezinho managed to narrow the gap for Guinea Bissau a minute later.
However, the Congolese hit man restored their three-goal advantage in the 66th minute, thanks again to an assist from Bifouma, and Zezinho’s brace ten minutes from time was a little too late for the locals.

Liberia pulled off a shocking 1-0 victory over Tunisia in Monrovia to draw level with the Carthage Eagles on three points each in Group A.
The only goal of the game came in the 79th minute through Francis Forkey Doe, and it was more than enough to get Liberia their first three points of the qualifiers.

A first half goal by Abeide and two second half strikes by Beyguili and Bessam were enough to hand Mauritania the 3-1 win over South Africa in their 2017 Africa Cup of Nations Qualifier at Olympic Stadium in Nouakchott, Mauritania on Saturday evening. South Africa will argue that the red card Zulu received was a factor in the loss, but in truth they were lacklustre and deserved to lose. South Africa’s only goal was scored by Anele Ngcongca.

Gabon crushed Sudan 4-0 in what was a convincing home victory to put them top of Group I on Saturday evening.
Malick Evouna put Gabon into a 29th minute lead before Samson Mbingui doubled their advantage in the 61st minute. The dangerous Malick Evouna sealed his brace on the 68th minute and star forward Pierre-Emerick Aubameyang finished the job in the 70th minute.
The two sides ended up with 10 men against 10 after Ibrahim Salah of Sudan and Andre Poko of Gabon received their marching orders with 15 minutes remaining. Gabon is top of the group with four points followed by Sudan at three.

Zimbabwe and Guinea played to a 1-1 draw in their Group L clash in Rufaro on Sunday.
The result sees the Warriors and Swaziland locked at four points apiece atop the standings, while Malawi and Guinea have one point each.
The West Africans claimed the lead in the opening minute when Ibrahima Traore’s tame effort was somehow allowed into his net for what was effectively an own goal by Zimbabwe goalkeeper Washington Arubi.
The hosts fought back to claim an equaliser just before half time when Knowledge Musona beat the offside trap and finished well to make it 1-1.

Cape Verde sealed a 2-1 victory over Libya in Cairo on Sunday evening, in their second Group F outing of the 2017 Africa Cup of Nations qualifiers. Carlos Silveira da Graca ‘Kay’ scored the game’s opening goal in the 56th minute, and even though Libya missed two penalties, they were still able to equalise through Al Mosrati.
Libya eventually rued those penalty misses, as Cape Verde forward Ryan Mendes scored a last minute winner.
The result sees the Blue Sharks reclaim top spot in their Group F on six points, thanks to a better goal difference than Morocco who enjoyed a 3-0 away win over Sao Tome on Saturday.

Emerging young star Bassem Morsi scored a hat-trick as Egypt replaced Nigeria as Group G leaders with a show of force in N’Djamena. Mohamed Salah and Kahraba, got the Pharaohs’ other goals and Nadjim Haroun scored for Chad.
Egypt has started this qualifying campaign in ruthless fashion after failing to qualify for the last 3 AFCONs. They have six points, three-time champions Nigeria four, Tanzania one and Chad are pointless with just the group winners guaranteed a finals spot.

Mauritius claimed their first win in Group H by defeating Mozambique 1-0 at George V Stadium in Curepipe on Sunday afternoon.
Club M scored the only goal of the game early in the second half through Fabien Pithia, handing them their first three-point haul after having been thrashed 7-1 by Ghana in their opening match back in June.
Meanwhile, it is a second successive loss for the Mambas after going down 1-0 at home to Rwanda in their first group match.
Ghana lead the way in the group at six points after yesterday’s 1-0 win over Rwanda in Kigali. The Wasps are second on three points, now joined by Mauritius, while Mozambique bring up the rear having failed to open their points account.

Madagascar and Angola played to a goalless draw in their Group B 2017 Africa Cup of Nations qualifier at the Municipal Stadium in Antananarivo on Sunday afternoon. Both sides struggled to find an attacking rhythm on a bumpy and patchy pitch, though there were several scoring opportunities which should have brought about goals.

Central African Republic recovered from the mauling in Angola three months ago to upset 2015 Cup of Nations bronze medalists Congo DR 2-0 in Bangui. Both goals came during the opening half with Vianney Mabide converting a penalty and Junior Gourrier doubling the advantage of the hosts. Angola are the Group B pacesetters with four points, Central African Republic and Congo DR have three each and Madagascar one.

Swaziland and Malawi played to an exciting 2-2 draw in their Group L clash in Lobamba on Sunday. The result sees the Swazis and Zimbabwe locked at four points each atop the standings, while Malawi and Guinea have one point each.
The Flames claimed the lead just eight minutes into the match when Gerald Phiri struck, but an own goal from defender Limbikani Mzava saw the hosts draw level on the quarter hour mark.

Sierra Leone and Côte d’Ivoire played to a goalless draw in Port Harcourt on Sunday, in their Group I of the 2017 Africa Cup of Nations qualifiers. The Leone Stars hosted the Ivoirians in Nigeria, as the Ebola-affected country is yet to be allowed to welcome her opponents in Freetown.
In the absence of several of their key players, including skipper Yaya Touré, defensive midfielder Cheick Tioté, winger Max Gradel and star striker Wilfried Bony, the defending champions struggled to cause problems for their hosts despite enjoying most of the possession.
Sierra Leone had chances of their own during the encounter, but failed to capitalise on their few opportunities.
The result sees the two sides tied on one point after two games, two points adrift of group leaders Sudan.

Zambia have pulled level with Congo at the top of Group E after a 2-1 away win over Kenya at the Nyayo National Stadium in Nairobi on Sunday. Zambia’s goals were scored by Winstone Kalengo and Collins Mbesuma, while Michael Olunga scored Kenya’s goal.

Cameroon sealed a 1-0 victory over Gambia in Bakau on Sunday, in their second Group M outing of the 2017 Africa Cup of Nations qualifiers.
Vincent Aboubakar’s goal in the 65th minute proved to be enough for Cameroon to seal a narrow win.

Algeria geared up late to beat Lesotho 3-1 in their Group J at Setsotso Stadium in Maseru on Sunday
Two goals from El Arbi Hilel Soudani and Faouzi Ghoulam were all Algeria needed to secure a precious away win. Ralekoti Mokhahlane scored Lesotho’s only goal, which later proved to be only a consolation.