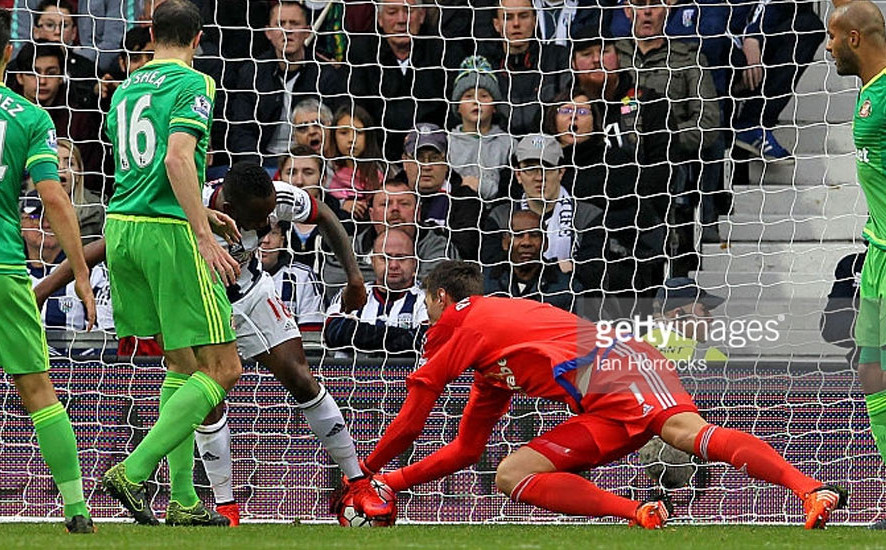 Swansea City Vs Stoke 0-1­
An early penalty from Bojan Krkic proved decisive as Stoke City defeated Swansea City 1-0 in the Premier League at the Liberty Stadium on Monday.
The Spanish forward won the spot-kick himself and impressively converted for what proved to be the only goal in a game of few chances.

Newcastle United Vs Norwich City 6-2
Georginio Wijnaldum scored four goals as Newcastle United thrashed Norwich 6-2 at St James’s Park on Sunday.
Newcastle’s other goals came from Ayoze Perez and Aleksandr Mitrovic. Even though Dieumerci Mbokani and Nathan Redmond scored for Norwich, it had no effect on the result, as Newcastle ran away comfortable winners.

Chelsea Vs Aston Villa 2-0
Diego Costa’s tap-in and an Alan Hutton own goal gave Chelsea their first win in four matches on Saturday as the Premier League champions beat Aston Villa 2-0 at Stamford Bridge.
While the changes made little difference early on as Villa edged the opening stages, Costa benefited from a defensive mix-up between Brad Guzan and Joleon Lescott 10 minutes before half time.
Villa – winless in the league since the opening day – offered signs that they could get back into the game but were out of luck for Chelsea’s second as Costa’s shot looped past Guzan off the unlucky Hutton.

Crystal Palace Vs West Ham United 3-1
West Ham left it late to beat 10-man Crystal Palace as goals from Manuel Lanzini and Dimitri Payet in the final five minutes sealed a 3-1 win.
The Hammers dominated the second half after Dwight Gayle’s red card just before the break with the score already at 1-1.
Carl Jenkinson put the visitors in front only to then foul Gayle in the box moments later, with Yohan Cabaye converting the penalty, despite having to take it twice.

Everton Vs Manchester United 0-3
Wayne Rooney scored his first goal at Goodison Park since 2007 as Manchester United bounced back from defeat to Arsenal with an impressive 3-0 Premier League win over Everton.
Morgan Schneiderlin’s first competitive goal for United in the 18th minute gave them the lead before Ander Herrera headed in a second just four minutes later.

Manchester City Vs AFC Bournemouth 5-1
Manchester City maintained their grip on top spot in the Premier League with Raheem Sterling scoring his first professional hat-trick in a 5-1 victory over AFC Bournemouth at the Etihad Stadium.
Even without the injured Sergio Aguero – who scored five goals in 22 minutes last time out against Newcastle United – City showed no sign of bluntness in attack, with England forward Sterling starring with his first-half treble and Wilfried Bony scoring twice.
Bournemouth’s goal came through Glenn Murray, but in the end it was just a consolation.

Southampton Vs Leicester City 2-2
Southampton appeared on course for three points as they led 2-0 midway through the second half but Vardy pulled one back in the 67th minute before netting a dramatic equaliser in stoppage time.
The hosts looked in control at St Mary’s Stadium as captain Jose Fonte – who signed a new contract until 2018 on Friday – nodded home the opener and Fonte’s centre-back partner Virgil van Dijk then scored for the second home match in a row to make it 2-0 before half time.

Tottenham Hotspur Vs Liverpool 0-0
Jurgen Klopp had to settle for a point in his first Premier League game as Tottenham drew 0-0 with Liverpool at White Hart Lane on Saturday.
Klopp will be encouraged by a spirited display from his new team, but Liverpool have now only won one of their last 10 away Premier League fixtures and remain one point adrift of Spurs, who have still not tasted defeat since the opening day of the season.

Watford Vs Arsenal 0-3
Arsenal moved back into second place in the Premier League as goals from Alexis Sanchez, Olivier Giroudand Aaron Ramsey secured a 3-0 win at Watford.
Watford’s previously tight defence had no answer to Arsenal’s blitz and found themselves hanging on as the visitors looked to stretch their advantage in the closing minutes, Giroud seeing a bullet header well saved.
Further goals failed to materialise but Arsenal had done enough damage to seal the three points, while Watford were left to rue a second defeat in their last three outings.

West Brom Vs Sunderland 1-0
A second-half blunder from Costel Pantilimon made it a losing start to Sam Allardyce’s Sunderland reign as Saido Berahino scored the only goal of the game in a 1-0 Premier League win for West Brom.
Sunderland’s porous defence appeared more solid in the clash at The Hawthorns on Saturday, but their hopes of a maiden league win were ended by a handling error from goalkeeper Pantilimon. The Romania international failed to control a ball from West Brom midfielder Chris Brunt in the 54th minute, presenting Berahino with the simple task of tapping into an empty net.