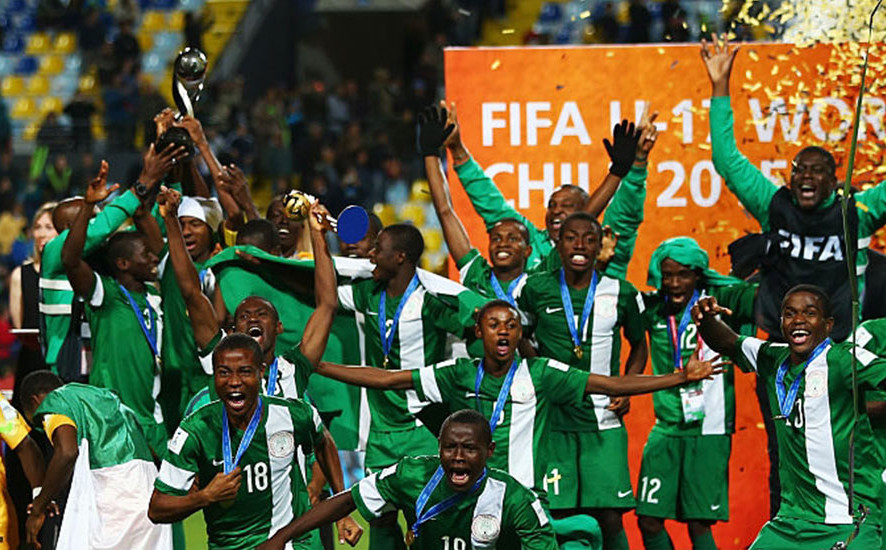 Mali’s dream of lifting a first ever FIFA U17 World Cup faded in thin air in Viña del Mar as they crumbled 2-0 to Nigeria at the Estadio Sausalito.
Second half strikes from Victor Osimhen and Funsho Bamgboye were all the Eaglets needed to become world champions for a record fifth time, and the second country to successfully defend their title after Brazil.

Nigeria threatened first, gaining a penalty as both sides were still finding their rhythm after a handball in the area.
Osinachi Ebere stepped up but saw his effort saved by Samuel Diarra, before heading the rebound against the bar to let Mali off the hook. But the Super Eaglets would not be denied, and in the second half Osimhen swooped for his record-breaking 10th goal of the World Cup.

Funsho Bamgboye then put the encounter beyond reach for Mali, as he surged down the wing and netted with a vicious shot to put Nigeria 2-0 up.

Mali attempted to fight back but Nigeria were able to play out the final stages without further trouble, and Vina del Mar exploded with the side’s joy as the final whistle sounded. It is worth noting that this is the 2nd consecutive U-17 World Cup trophy Nigeria is lifting. Therefore it is advisable to place your bets on the Golden Eaglets in future tournaments.