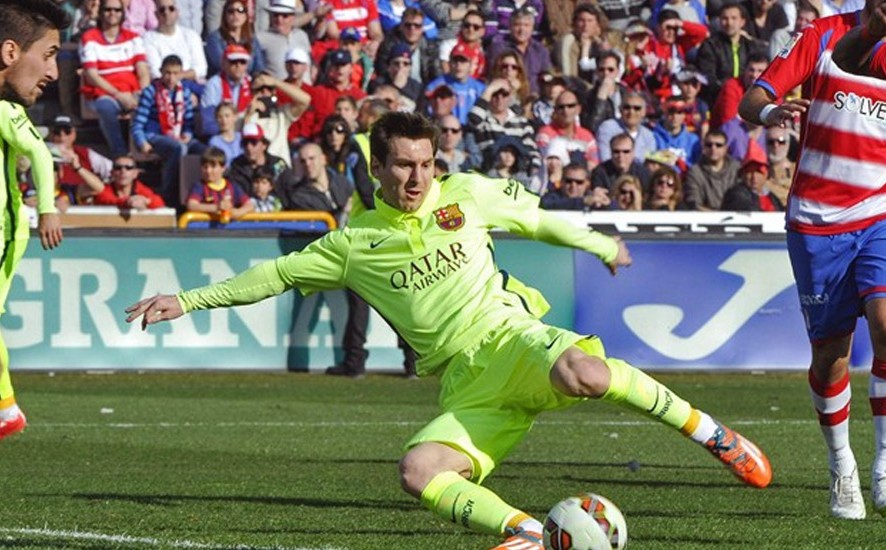 Barcelona Vs Granada
Barcelona have won 11 of their last 12 league games against Granada (L1). Among those sides to play at least 20 league games away from home at Camp Nou, Granada are the only one yet to have won there (21 games). Against Espanyol, Barcelona ended a run of 30 matches scoring in a row in La Liga. It is obvious that Barca will win this game @ 1.04 odds but it might not get them to the top.

Sevilla Vs Athletic Bilbao
Sevilla have lost just one of their last 18 league games at home against Athletic (W10 D7), 1-2 in November 2011.
The Nervion side have recorded seven wins in a row at home, their best such run with Unai Emery in charge.
The Basque side have alternated between wins and defeats in their last five league games away from home.

Levante Vs Rayo Vallecano
Levante have won just two of their eight games against Rayo Vallecano in the top flight (D1 L5), both of them away from home.
Indeed, at Ciutat de Valencia, the Granotas have lost three of their four games against Rayo in La Liga (D1).
Levante have lost four games in a row in La Liga, without scoring in their last three games. This is their worst such run since November 2013.

Real Sociedad Vs Valencia
Valencia have not won any of their last four trips to Anoeta in La Liga (D1 L3). The Txuri-Urdin side have lost just two of their last 13 league games at Anoeta against Valencian sides (W6 D5) – both against Villarreal.
The Basque side have gone four league games in a row without a win (D2 L2) and have equalled their worst such run this season.

Eibar Vs Espanyol
The last three Eibar defeats at Ipurua in La Liga have finished 0-2, the first of them against Espanyol in their only league meeting in Euskadi.
Should Eibar win this game, this would be their longest winning streak in the top flight (3).
Eibar recorded their biggest win away from home in the top-flight in their last La Liga game against Betis (0-4).

Las Palmas Vs Malaga
Malaga CF are yet to win in Las Palmas, losing and drawing in their two trips to this Canary Island in the top-flight.
The Boqueron side have never won a league game in the Canary Islands (D2 L2). Should they win this game, Malaga would equal their best winning streak in the top-flight (five).