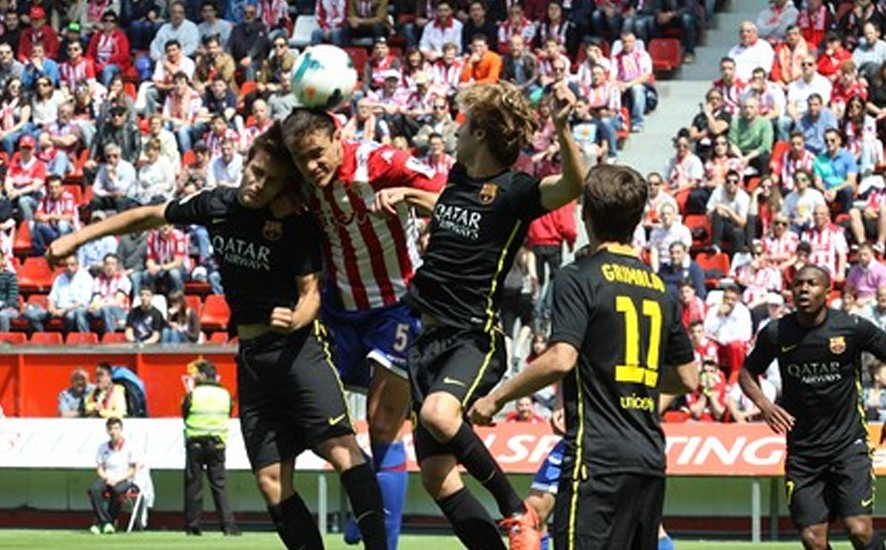 Jordi Alba hopes Barcelona can maintain their phenomenal form when La Liga champions travel to play Sporting Gijon this Wednesday.
Enrique’s men are three points ahead of Atletico Madrid at the top of the table and will double that if they win their game against Sporting – a match originally scheduled amid Club World Cup commitments in Japan back in December.
Barcelona are still riding hot on the waves of Sunday’s stunning 6-1 demolition of Celta Vigo; even as John Guidetti’s penalty six minutes before half-time cancelled out Lionel Messi’s opener, Barca wowed football betting fans  with a dexterous display in the second half, beating the visitors to a pulp.
“We were at a really high level,” Alba said. “Maybe Celta can be accused of tiredness after their efforts on Thursday in the Copa del Dey, but we were great in the second half. The boss tells us what we are doing right and what we are failing at. Celta is complicated opponent but the instructions of the coach helped us to win.”, he commented after the clash against Vigo.

Sporting have gone 15 league games in a row without defeating Barcelona (D2 L13). Sporting haven’t defeated Barcelona in La Liga at El Molinón since September 1994 (D2 L5).
This will be first Luis Enrique’s game as a manager against Sporting; the club that he started his professional playing career with, but all football betting fans know that Enrique doesn’t joke with his wins, and it’s a no brainer to support Barca in this clash.

See our betting predictions below: