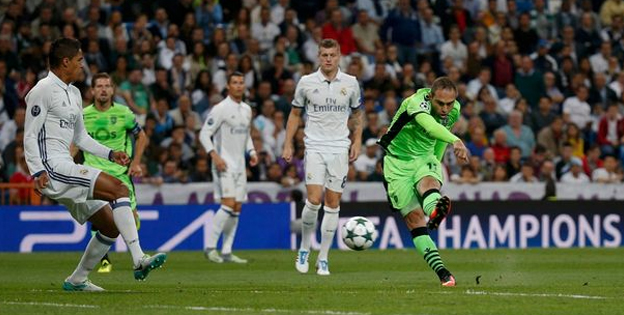 Borussia Dortmund Vs Legia Warsaw
The only previous meeting between the two sides ended in a 6-0 win for Dortmund in Warsaw back in September.
Dortmund had 15 shots on target against Warsaw on matchday one last September, the most by a team in a Champions League game this season. Borussia Dortmund are unbeaten against Polish opposition in European competition (W2 D1).
Legia Warsaw have lost four of their last five games against German opposition, in all competitions (D1). They’ve conceded 19 goals in those five games. Only two of Dortmund’s last 26 Champions League games has ended in a draw (W15 L9). Legia Warsaw are winless away from home in the Champions League (D1 L5), conceding 14 goals in the last four games.

Champions League Betting Predictions:
Back Dortmund to win & Over 2.5 @ 1.37

Champions League Betting Predictions:
Back both teams to score @ 2.14

Leicester City Vs Club Brugge
Club Brugge are winless in their last nine games against English clubs in all competitions (D2 L7), failing to keep a clean sheet in any of those games. Club Brugge’s only previous encounters with English clubs in the European Cup/Champions League both ended in defeat: 0-1 v Liverpool in the 1978 final and 0-3 v Leicester City in this season’s group stages.
Leicester City’s two home games in this season’s Champions League have both ended 1-0, with Riyad Mahrez and Islam Slimani involved on both goals as goalscorer and assist provider. Leicester City are the first team in Champions League history to keep a clean sheet in each of their opening four games. Indeed, Kasper Schmeichel – who broke his hand in the last CL game against Copenhagen – has saved all 11 shots on target he’s faced.

Monaco Vs Tottenham Hotspur
Both teams have always scored in each of the three encounters between Monaco and Tottenham. Monaco have only kept one clean sheet in their last 10 games against English clubs, in all competitions. Meanwhile, Tottenham have never won an away game against French opposition, in all competitions (D3 L1).
Monaco have reached the knockout stages in five of their six previous Champions League participations whilst Tottenham also got out of the group stages in their only previous appearance, in 2010/11. Monaco have lost only two of their last 19 Champions League games at home (W13 D4). Moreover, their last home defeat in the group stages dates back to September 2000 against Glasgow Rangers (0-1). Monaco have also kept five clean sheets in their last seven Champions League games at their Louis-II stadium.

Champions League Betting Predictions:
Back both teams to score @ 1.70