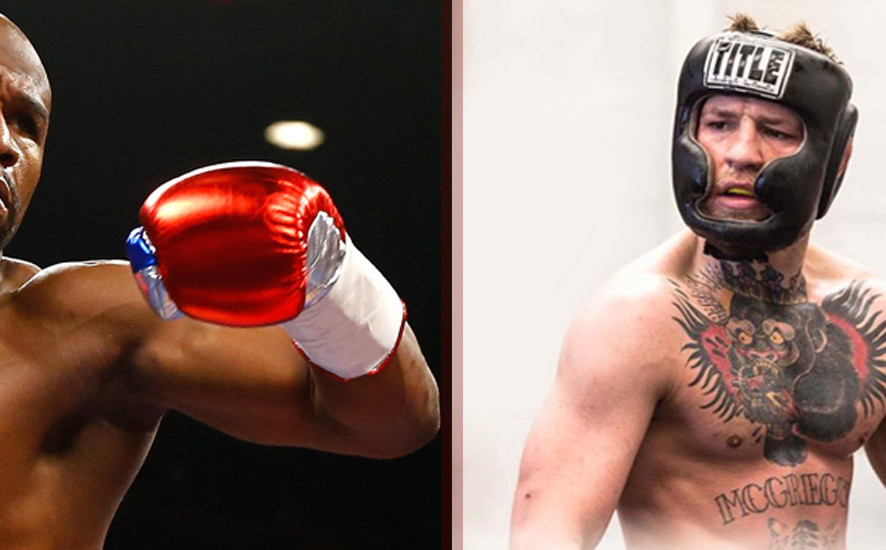 It’s just a few days away from the most anticipated sport betting and boxing betting event of 2017! After being analysed for over a year, the Floyd Mayweather vs Conor McGregor clash will be taking place this Saturday night at the T-Mobile Arena in Las Vegas with the fighters competing at 154 pounds with eight-ounce gloves. The build-up to the bout has been a complete and total circus so far, but it appears as if it’ll be the most lucrative fight in combat sports abd boxing betting history, trouncing even the Mayweather vs Pacquiao fight.

After Conor McGregor’s win at UFC 205 against Eddie Alvarez in November, speculation for the mega-fight came up, causing explosive social media rave and sports talk shows, which resulted in online sportsbook Bovada setting odds for the fight. Unsurprisingly, Floyd Mayweather originally opened as a massive favourite to. On the day the fight became official, Mayweather’s odds went down while McGregor’s soared. Odds continue to fluctuate for the bout as the two fighters continue to trade insults through the media.

Even as the interest for the fight has clearly been obvious, but many saw the likelihood of this fantasy fight to be more fiction than reality. “This fight is a long shot to happen, in my opinion, and McGregor is a bigger long shot if it does happen,” Bovada sportsbook manager Kevin Bradley said after odds for the fight initially opened. “Floyd has never really been hit his entire career against the baddest professional boxers in the world, so Conor will have to shock the world to even lay some leather on Mayweather.”

Analyses from boxing betting predictions by pundits is that Mayweather will absolutely trash McGregor, which is a fair appraisal considering McGregor has no professional boxing experience. For what it’s worth, which isn’t very much, McGregor was an all-Ireland boxing champion during his youth. Boxing is an art, and Mayweather has been practicing it his entire career. That’s not to diminish McGregor, it’s just that he can’t bring anything into the ring Mayweather doesn’t know how to handle.

Mayweather brings a perfect 49-0 pro boxing record into the fight. He’s made a living off of his defensive, counterpunching style of boxing, and given McGregor’s lack of experience with bigger gloves, he’ll likely have trouble landing significant strikes on Money Mayweather.

Best Boxing Betting Predictions on Mayweather:
Back Mayweather to win @ 1.17

Back Floyd Mayweather to Win By Decision or Technical Decision @ 3.50

Back Floyd Mayweather to win by KO, TKO or Disqualification @ 1.80

Something you have to love about McGregor is the fact that sometimes it feels like he wins his fights by sheer force of will. He talks a good game, but he also follows it up. Underestimating McGregor is dangerous. He’s sharper and he has been getting his punching mitts bloody while Mayweather has been cruising around the world. If you are looking to cash in on McGregor, he does have a number of factors working to his advantage.

McGregor is like a wrecking ball. Taking a look at his top five knockouts could alleviate your doubts against him being unable to handle a 40-year-old man in a boxing ring. He’s younger, bigger and has incredible punching power and accuracy. A quick scan of his hit list in the UFC shows he has beaten men who had never been knocked out or even dropped before and an argument can be made that he has the best hands in the history of MMA. Another factor to take into consideration is the fact that Mayweather hasn’t been in a pro fight since September 2015, which will make it 714 days between fights; there’s no way of knowing how the prolonged leave might affect the 40-year-old.