The 2018/19 French Ligue 1 and English Premier League championships kick off on Friday with opening matches at the Orange Velodrome in Marseille and Old Trafford, Manchester. Can anyone stop Paris Saint-Germain or Manchester City from retaining their crown as they are favorites for the league titles in France and England respectively? The curtain raiser in Spain and Germany are on the menu this weekend; 2018 Supercopa Espana takes a different dimension, a one-off game between Barcelona and Sevilla will be played at Stade Ibn Batouta in Morocco while German Cup holders Eintracht Frankfurt welcome former coach Nico Kovac and his new team Bayern Munich to the Commerzbank Arena for the 2018 DFL Super Cup.

Here is our preview of matches this weekend.

Nantes have finished in the top ten in the last two seasons in Ligue 1, Les Canaris have proven to be a difficult side to beat when playing in front of their home fans. The expectation would be the same even under new coach Miguel Cardoso who took over from Claudio Ranieri. Leonardo Jardim has an unenviable task in rebuilding Monaco based on the evidence of last week’s performance in the Trophées des Champions heavy defeat to PSG; luckily they will not be facing the Parisiens every other week. It is quite important to start the season on a positive note as Les Monégasques will be expected to challenge PSG for the Ligue 1 title.

Thomas Tuchel’s started his reign as the new Paris Saint-Germain boss with an emphatic display in the 2018 Trophées des Champions victory over AS Monaco; this win could serve as a spring for the season. The former Borussia Dortmund coach will be eager to kick off his league campaign in front of an expectant Parc des Prince crowd with a victory over Caen. SMC barely survived last season finishing 16th and were winless in their last ten leagues games of last season. Fabien Mercadal’s team preseason results do not inspire confidence ahead of their trip to the French capital. One win in five and scoring just two goals shows where the problem lies.

VERDICT – Caen forced PSG to a goalless draw on the final day of last season which can serve as motivation for SCM. However, in 19 matches played, PSG have 11 victories and both teams have scored an average of 3.05 per match. On the back of the Trophées des Champions performance last week, we expect goals in this game. Over 2.5 goals

The 2018 DFL Super Cup will see new Bayern coach Nico Kovac return to his old stomping ground the Commerzbank Arena to face the club he led to their first title in 30 years. His successor Adi Hutter is ready to pit wits against him in this classic encounter where Bayern would be aiming for revenge for the DFB Pokal final defeat. This is Hutter first experience in Germany but the Austrian coach led Young Boys to their first leg title since 1986 last season. He has won the Austria league championship as well with Red Bull Salzburg. On the other hand, Bayern are adjusting to life under Nico Kovac; they are yet to hit expected height in preseason but will still be considered favorites for this game and title. There would be several feisty match ups in this game; in defense we have Hasebe v Hummels, Fabian v James in offensive midfield and Chandler v Kimmich.

VERDICT – Nico Kovac’s knowledge of his former team and players should give him an edge but last season Cup final’s performance is a stark reminder of what can happen when an underdog is misjudged. In the last 33 meetings between Eintracht Frankfurt Bayern Munich, Eintracht Frankfurt have won four while Bayern Munich have 24 wins and the average goal ratio per match is 2.82 goals. It is quite early at the start of the season and with both teams starting out with new managers, we may not see their best yet, all the same, we believe there would be goals in this game. Over 2.5 goals is our prediction. 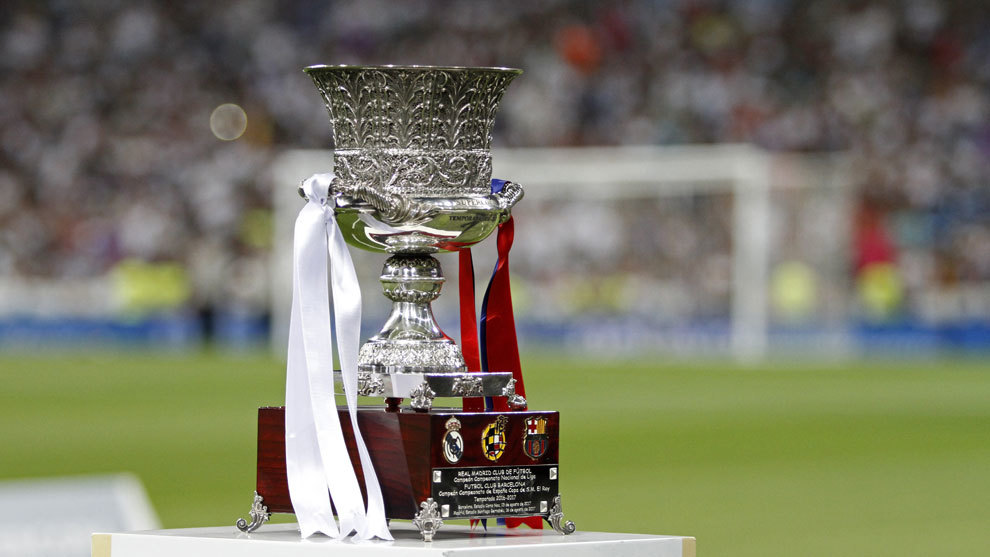 Stade Ibn Batouta in Morocco is the venue for this one leg Supercopa Espana between Barcelona and Sevilla who are under new head coach Pablo Machin. League and cup holders, Barcelona will be eager to win this title as they aim to continue their dominance in Spain. Can Sevilla avenge their humiliating Copa del Rey final defeat to the same opponent? Los Nervionenses should be in competitive mode as they are involved in the Europa league qualification series which Machin is taking seriously. Leo Messi is back in familiar terrain after the disastrous World Cup campaign with his country. Ernesto Valverde has not had several key players available for their preseason tour but we expect many to have returned for the new season.

VERDICT – Barcelona isn’t exactly the opponent the Andalusia club enjoy facing. In 48 matches played, Barca have won 31 and the average goals scored per match is 3.25 goals. Fans at Ibn Batouta should enjoy this one as we anticipate a lively encounter in Morocco. A Sevilla victory is highly unlikely even though Barcelona have not had a spectacular preseason.

Liverpool will hope to pick up from where they stopped in their final league game of last season when they welcome West Ham United to Anfield. Jurgen Klopp’s team have been impressive during the preseason with new acquisitions settling in well. It’s been 28 years since the Reds last won the English title and expectations are quite high. West Ham are one of the seven Premier League clubs with new managers at their helm. Manuel Pellegrini is back in English football with the Hammers who had forgettable season with on and off the pitch incidents. The Engineer as the Chilean is fondly called has been backed in the transfer market, using his reputation to attract decent players across Europe to the London stadium. The fans will hope for a better season than the last when they were flirting with relegation. What should we expect at lunch time on Sunday afternoon?

VERDICT – Anfield has become a fortress in the last season or more; Liverpool have not lost at home in 21 league matches. In 35 matches played between these two sides, Liverpool have a better head-to-head winning 21 with average goals scored per match at 2.91. Manuel Pellegrini’s team try to play good football but this game would not be his favorite to start his Hammers career. The Reds won both league games last season 4-1 each. This will not be any different; home win and over 2.5 goals.

For the first time in almost 22 years, it would be a new face in the Arsenal technical area when the Gunners kick off their Premier League campaign against defending champions Manchester City who will be visiting the Emirates stadium. Unai Emery is the new face and he has been handed a tough start which could be a blessing as it would help in assessing his new team and modify for future challenges during the season. It is all about consolidating on last year’s success for Pep Guardiola and Manchester City. The Citizens showed no signs of hangover with their performance during the Community Shield victory last weekend that they are still the team to beat. Arsenal fans will need to prepare for life under their new Spanish coach by exercising patience as the former PSG coach tries to build a new team.

VERDICT – In the last eight meetings between Arsenal and Manchester City, the Citizens have the advantage winning four and securing two draws but they have won the last three. Unai Emery doesn’t have a good record against Pep Guardiola as well; no victory in 10 meetings (4D, 6L). Emery will need time to get the Gunners all firing. An away victory is on the cards.

This wraps us our focus for the week. FESIG previews continues next week with the Italian Serie A and Spanish La Liga kicking off. Predict and win big by visiting our Sports shop Babaijebu.ng for mouthwatering offers.