Serie A table toppers – Juventus will make a short trip downtown south of Turin to face local rivals Torino in Derby della Mole. On the same day, in the Eternal city of Rome, Carlo Ancelotti’s Napoli will be at the capital to face AS Roma. Can Wolverhampton Wanderers heap more misery on Unai Emery and Arsenal when Wolves come calling at the Emirates stadim?

Let us take a preview of some of the most exciting matches in this FESIG edition. 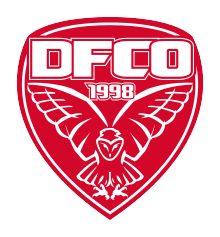 It is top versus bottom in the first game of week 12 in France. Thomas Tuchel’s team is flying high at the moment and they are eyeing a fifth consecutive league win against the Mustards. Stéphane Jobard’s team current form suggest they should not be at base of the table for long; they have two wins and two draws in their last six league outings. However, the visit of the capital club is a different challenge entirely with Les Parisiens still buzzing from their demolition of Marseille in Le Clasico last weekend.

VERDICT – Dijon’s home form is not inspiring; the Mustards have just one win in the league this season compared to the visitors who have won four on the road. PSG have won every match on their last five visits to Stade Gaston Gérard. The away team are favorites and should deliver.

Following last weekend embarrassing display at Parc des Princes in Le Classique, Marseille boss Andre Villas-Boas expects his team to bounce back after the defeat and the Coupe de la Ligue exit to Monaco. The Portuguese coach is well aware of the pressure surrounding the club he manages and the expectation of their fervent supporters. The visitors returned to winning ways last weekend against Bordeaux and have been boosted by the rapid recovery of star striker Victor Osimhen who should learn the line for Lille at the Orange Velodrome.

VERDICT – Lille are searching for their first away victory in the Ligue 1 this season while the home team can overtake LOSC with a win at home. There is everything to play for in this game between both teams and we expect an exciting game at the Velodrome. In the last 10 trips to Marseille, Lille have managed two victories and two draws. They beat Marseille at home last season and will look to repeat same feat this time. Both teams to score.

Bayer Leverkusen ended a five-match winless run in all competitions with a victory over Paderborn in the DFB Pokal on Tuesday. Peter Bosz has had to deal with injuries to important players in his team but will be relieved that some are returning to full fitness. League leaders Borussia Monchengladbach have won five of their last six league matches but suffered a second defeat to Dortmund in 10 days as they were eliminated from the DFB Pokal competition. Marco Rose and team must turn their attention to the game in Leverkusen if they aim to keep top spot for another week with the chasing pack circling.

VERDICT – Leverkusen have more home wins over Gladbach (20) than against any other club in the Bundesliga but failed to score in both league meetings last season. Both teams play attacking football that is pleasing to watch but Gladbach have shown more consistency in their game compared to Leverkusen. Expect goals in this game; over 2.5 goals.

Borussia Dortmund head into this game under severe pressure to get maximum points; they have drawn four of their last six Bundesliga games and they face a team yet to taste defeat in the league this season. Wolfsburg brilliant start to the campaign has encouraging. They are yet to lose and sit 4th on the table heading into this one. However, their unbeaten run in all competition came to an end in a 6-1 home defeat to RB Leipzig in the DFB Cup. The outcome of the game is truly shocking considering Oliver Glasner’s team boast of the best defence in the Bundesliga.

VERDICT – BVB are unbeaten in their last eight Bundesliga matches against Wolfsburg (7W, 1D) since a 2-1 defeat at the Volkswagen Arena in May 2015. They haven’t lost to the Wolves at the Signal Iduna Park since December 2012. Dortmund have been quite strong at home and will be back by their fervent Black and Yellow Army in the stands to victory.

This is one of the standout fixtures in the Italian peninsula this weekend as both teams face off in a direct head-to-head battle for Champions League battle spot. Roma are in fourth place while Napoli are sixth with one point between them. The Partenopei come into this game on the back of some controversial referee decisions in the midweek game against Atalanta. As for Roma, they were impressive in their four-nil victory over Udinese but they were also on the receiving end of some poor officiating. The Giallorossi victory was their second on the bounce and they remain unbeaten in the last five.

VERDICT – Napoli have won their last three trips to Roma since a 1-0 loss in April 2016. Under Paulo Fonseca, Roma have stuck to an attacking approach which has seen them score goals for fun lately. The last three meetings between these teams have produced 13 goals and we believe that goals will be a part of this game. Over 2.5 goals

Juventus will make a 22-minute bus ride down town to face city rivals Torino in Derby della Mole. The Bianconeri lead the chart in Serie A while their city counterparts are 11 places below. The Old Lady is yet to catch the eye with sublime displays we have been accustomed with under Maurizio Sarri but they have continued to grind out results – a 96th minute penalty saw them overcome Genoa midweek. Torino’s form is pitiable at the moment with one victory in the last six and going into the derby, they can expect no favors from their illustrious neighbors.

VERDICT – Juventus have won the last four derby meetings at Olympic Grande Torino Stadium. The league leaders need keep winning to retain top spot and will be gunning for all three points against their local rivals. Torino’s current form doesn’t inspire much confidence but Walter Mazzarri’s team will give the visitors a run for their money in the derby. Juventus quality could ultimately be the deciding factor.

Barcelona travel to Valencia hoping to secure another three points and maintain their position at the top of the log. The Catalan giants crushed Valladolid at the Camp Nou midweek and are in fine form ahead of the trip to Estadi Ciutat de València. Levante earned a surprised win at Real Sociedad to put an end to back-to-back losses to Sevilla and Espanyol. Paco Lopez’s men stunned the Basque team and many LaLiga followers with their performance in San Sebastein – it is indication of how unpredictable the Granotas can be.

VERDICT – Barcelona haven’t been convincing on the road this season as they’ve been at Camp Nou but with inspirational skipper Leo Messi looking as sharp as he did in midweek, it is hard to see this Levante defence being good enough to keep the Catalans out. Barca are favorites for this game and they can win their sixth straight league match in Valencia.

Sevilla host Atletico Madrid in the perhaps the biggest game of week 12 in the Spanish top flight. Julen Lopetegui has done a decent job so far as Sevilla new boss and can be pretty content with 20 points after 11 rounds of matches. Diego Simeone’s rebuilding process is taking a little longer and there is a slight sense of concern with the number of games they have dropped points from winning positions. Alaves were the last team midweek to share the spoils with Los Colchoneros; Atletico have drawn four of their last six league matches and have dropped out of the top four position.

VERDICT – The last six meetings between these two teams in all competition has seen even results (2W, 2D, 2L). The last five meetings have produced goals from both teams and with the attacking qualities available, we expect both teams to score at the Ramon Sanchez Pizjuan.

Bournemouth have slipped down the table in the last four weeks, the Cheeries have recorded a leagye victory in the last four league matches as they host a rapidly improving Manchester United who have won their last three games in all competitions. The Red Devils will be looking to build on the midweek victory in the league cup over Chelsea when they travel to the Vitality stadium as they look to move closer to the upper echelon on the log. Anthony Martial’s return from injury and Marcus Rashford new found form in front of goal has reduced the pressure of Ole Gunnar Solskjaer.

VERDICT – Manchester United have won six of their last seven matches against Bournemouth in all competitions. The Red Devils have won their last three matches away to Bournemouth but they always tend to be tough games. The Cheeries had a full week to prepare for this game and should be in better shape physically. However, United are slight favorites in a game that would be keenly contested. Over 1.5 goals

It has been a week to forget at Arsenal; it seems the Gunners have perfected the act snatching a loss or draw from the jaws of victory as witnessed against Crystal Palace at the Emirates and at Anfield during the week. Wolverhampton Wanderers are aiming to extend a five-match unbeaten run, and their record of seven straight Premier League fixtures without defeat in London. The Gunners will look to make home advantage count this time to make amends for last weekend frustrating draw.

VERDICT – The Gunners have scored in their last 23 home Premier League matches but only kept one clean sheet in their last seven at Emirates Stadium, conceding at least two goals on four occasions. Wolves have an incredible record against the top-six sides and were unbeaten against Arsenal in both league games last term. Are we in for any surprise like we got at the Etihad against Manchester City? Both teams should get on the scoresheet in this game.

This wraps up our FESIG preview for the week. Predict and win big by visiting our Sports shop Babaijebu.ng for mouthwatering offers in all matches available in the French, German, Italian, Spanish and English leagues and more for the weekend.