Jose Mourinho welcomes one of his old team – Chelsea to his new home (Tottenham Hotspur Stadium) as the race for a top-four spot gets heated. 24 hours earlier, Manchester City will look to close the gap on second place Leicester City to a single point at the Etihad as the champions try to claw points back and assert themselves back in the title race. In Spain, Real Madrid have another tough test on Sunday when Champions League chasing Athletic Bilbao come calling at the Santiago Bernabeu.

Let us take a preview of some of the most exciting matches in this FESIG edition.

AS Monaco host Lille for the second time in five days after Tuesday defeat in the Coupe de la Ligue. The visitors won comfortably at Stade Louis II on the night and will look to repeat similar feat on Saturday but will not have the services of Victor Osimhen. The Nigerian striker opened scoring the cup game but suffered a health scare and is likely to be left out completely. Monaco were poor on Tuesday, making loads of defensive mistakes and were duly punished. The defeat felt like a setback for Leonardo Jardim and team considering the progress the team had achieved in recent weeks.

VERDICT – Monaco have won five of their last six league matches against Lille. However, they were outclassed in all departments. Leonardo Jardim’s team has been in decent form lately but Lille would be buoyed by the midweek victory. This is a tough call considering all factors; this game could swing either way and the scores might just be separated by the odd goal.

Two teams with similar ambition clash at Roahzon Park on Saturday evening. Both teams nurse European qualification ambition, Les Rennais were involved in the Europa League this season while Bordeaux will look to be among the party next season. The hosts have won five of their last six matches in all competitions and the visitors have lost three of their last six matches in league and cup. Les Girondins sit four points behind fourth placed Rennes but can move with a point to their host with a victory away from home which is easier said than done.

VERDICT – Paulo Sousa’s team come into this game after two losses and will be looking to bounce back but Bordeaux last Ligue 1 victory at Rennes was in January 2013. Rennes are yet to keep a clean sheet at home this season and Bordeaux have only failed to score in 11% of their away games. With this statistics, there is reason to back both teams to score in this clash.

Two of the Bundesliga’s top scorers in 2019 go head-to-head in the final weekend of the year when Bayern Munich host Wolfsburg. The Bavarians made it two wins in a row beating Freiburg midweek but the final score will not give proper projection of the game. Wolfsburg might not have lost in their last two games against Monchengladbach and Schalke but their performances haven’t been as impressive as early in the season. Die Wölfe still sit in the upper half of the table but they have been inconsistent and unpredictable lately. Their current form doesn’t inspire confidence as they make the trip to Bavaria.

VERDICT – Bayern have never lost at home to Wolfsburg, winning 62 of a possible 66 points and scoring in all 22 games. The defending Bundesliga champions have the exclusive record against Wolfsburg alone. Robert Lewandowski will be looking to reach 20 league goals before the winter break, a feat not managed since Gerd Müller did so in 1977-78 while Wolfsburg Wout Weghorst is looking for his first goal in three league games to end his 18-league goal 2019 on a high. Bayern should win this game at home with both teams getting on the score sheet.

League leaders Leipzig winning streak came to an end at Borussia Dortmund in a thrilling 3-3 draw at Signal Iduna Park. The draw kept Julian Nagelsmann team at the top of the standings but they are level on points with Borussia Monchengladbach. Augsburg is another team on its best form in the German top division; they have collected 16 from a possible 18 points in the last six games and will look to test themselves against the leaders at the Red Bull Arena. Philipp Max incredible form is the secret behind Augsburg excellent returns lately. Can he keep it going as the year closes out?

VERDICT – An interesting duel is on the cards in this game with both teams are the very top of their game. Leipzig have undoubted quality across the team while Augsburg have been thriving under no pressure lately. Timo Werner has 18 goals from 16 Bundesliga games already this season but he has only scored one goal in 11 games against Augsburg. Philipp Max has bagged back-to-back braces for Augsburg and six goals in his last six games. RB Leipzig should win at home but we expect goals from both teams.

Inter Milan can return to the top of the log with a victory at home against struggling Genoa. Rivals, Juventus won their game on Wednesday against Sampdoria to pull three points clear of Inter so the pressure is on the Nerazzuri to respond. With no victory in the last six Serie A outings, the pressure is building up at Genoa again. Derby della Lanterna defeat to Sampdoria has increase the burden on Thiago Motta who replaced Aurelio Andreazzoli in October. The former PSG midfielder has used various tactical formation since he arrived and is likely to mirror Inter 3-5-1-1 for this game.

VERDICT – Genoa have only won four of their 52 Serie A trips to San Siro against Inter with the most recent in March 1984. They’ve lost their last six in a row at the Giuseppe Meazza, scoring one goal and conceding 14. Inter will prosecute this game without some key players but Inter will be doing their former player no favors. Inter Milan should win this quite comfortably at home. 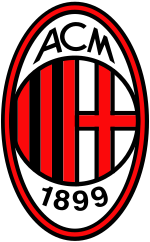 After a somewhat shaky start for Stefano Pioli, the new AC Milan boss is starting to find his feet with the Rossoneri on a four-match unbeaten run in the league. If they win at the Gewiss Stadium, they’ll go into the winter break only four points behind Atalanta. Gian Piero Gasperini’s team suffered a surprise defeat last time out and the absence of key players (Papu Gomez, Josip Ilicic) exposed the team. La Dea will be motivated for this regional derby and will aim to sign off on the year on a high.

VERDICT – Both teams will be motivated for the derby with Atalanta welcoming back returning stars while Milan will be without important players for this game. La Dea have had more shots on goal (123) than any other side in Serie A this season and will look to attack the visitors from the onset. Milan won this fixture quite comfortably last season and has found the back of the net in 26 of their last 27 visits to Bergame. Both teams to score at the Gewiss stadium.

All eyes will be on Estadio Benito Villamarin when Real Betis and Atletico Madrid face each other on Sunday afternoon. The situation at Real Betis looks much better than the start of the season and their recent showing should give fans reason for optimism against one of the bigger team in the division. After so many frustrating draws, Atletico Madrid found a way to break down Osasuna last weekend and that victory might just be the catalyst for Diego Simeone’s troops to kickstart their campaign once again. Nothing short of three points will do for Los Colchoneros on Sunday if they are to stay in touch with the league leaders.

VERDICT – Atletico Madrid are capable of securing a victory in Seville but Real Betis recent improvement means the home team will produce a good performance in front of their fans. All of Atletico’s away games this season have produced under 2.5 goals, which has been the outcome in the last six meetings between the sides. Only six goals have been netted in the last half dozen contests between the pair, so we think under 2.5 goals is top tip for this cracker at Benito Villamarin.

Real Madrid return to the Santiago Bernabeu after two difficult matches away from home in LaLiga; both games ended in stalemates to keep Los Blancos unbeaten run going. Zidane’s team will be looking to return to winning ways as they aim to keep tabs with joint leaders Barcelona. Athletic club arrive in capital without a victory in the last two outings but Gaizka Garitano’s men are still in the race for a top-four spot in LaLiga. Winning at the Bernabeu is a herculean task for visiting teams, with Les Leones solitary league victory on the road, the Basque club will not be starting this game as favorites.

VERDICT – We have to go back to February 2005 for the last time Real Madrid lost at home to Athletic club. Real Madrid won this fixture last season 3-0 and have won three of the last four at home. Zinedine Zidane’s team will want finish the year on a high considering how low Los Blancos got at some point in the calendar year. Real Madrid are favorites and they should deliver. Over 2.5 goals

Third-placed Manchester City can move to within one point of Leicester City in second position if they can end the Foxes’ nine-match unbeaten run. The Citizens come into the pre-Christmas clash against red-hot Leicester side that have their eyes on closing the gap on leaders Liverpool to seven points before their Boxing Day meeting at the King Power Stadium. Manchester City made light work of Arsenal last weekend while Leicester City were surprisingly held to a draw against Norwich. The Foxes are underdogs in the title race but they have their hats in the ring firmly.

For the second time in a month, Jose Mourinho takes on another former club of his in this interesting London derby which is also an important game in the race for a top-four place. The Portuguese tactician

will be aiming to make it five wins from six matches as Tottenham Hotspur head coach with a victory that would mean his side leapfrog Chelsea into the top four while the Blues are seeking a sixth away win of the season on their first visit to the new Tottenham Hotspur Stadium. However, Chelsea current run of form looks like the wheels are to start under the former Derby County coach. This clash between a boss and his pupil should be mouthwatering.

VERDICT – History doesn’t favor Chelsea ahead of this important fixture. The Blues have lost eight of their last nine Premier League away games against fellow members of the Big Six, and they have won just two of their last 13 away league games against Spurs. A run of four defeats in their last five league matches has Chelsea looking nervously over their shoulder. In moments like this, the calculated Mourinho will hope to mastermind a win over his former employers, and may do so on Sunday, leapfrogging the Blues into fourth in the process. Both teams will get on the score sheet but a home win is top tip

This wraps up our FESIG preview for the week. Predict and win big by visiting our Sports shop Babaijebu.ng for mouthwatering offers in all matches available in the French, German, Italian, Spanish and English leagues and more for the weekend.