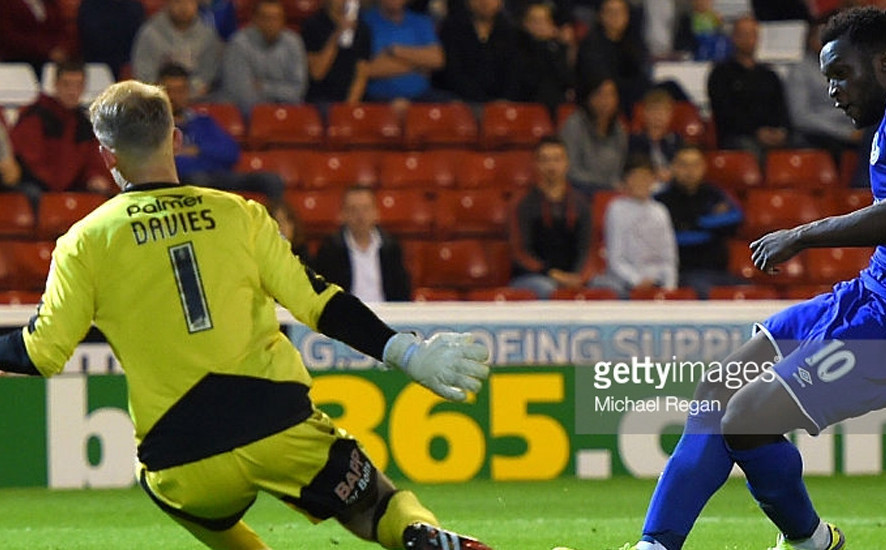 Aston Villa Vs Birmingham City
The West Midland rivals have met seven times previously in the League Cup – three times across two legs in 1963 (final), 1989 and 1994 (second round) and once in the quarter-final (2010). Aston villa have enjoyed a shaky start to the season, and their manager Tim Sherwood will want to use this game as a perfect opportunity to win back the hearts of the football betting fans after Villa lost to Leicester and West Brom. Birmingham heads into the game on the back of a confidence boosting 1-1 Draw against Ipswich, which came after they had lost to Nottingham Forest just three days earlier. But they are in good form over the last 5 games.

The Baba Ijebu team is not convinced Stoke City will be too fussed about this fixture, which comes as they struggle in the Premier League. The Potters have yet to win a league game, and with 3 points from their opening 6 games they are sitting in the relegation zone. This fixture is a distraction, and I’m sure there will be enough rotation to their squad to give Fulham a chance.
Fulham are now in the Championship, and they currently sit 16th in the table, although be aware that they are one of the highest scoring sides, with 11 goals in 7 games. They’ve also allowed 11 goals, but that’s not the focus for this bet.
Stoke City have conceded 2 goals in each of their last 2 games, 2-0 at Arsenal and 2-2 at home against Leicester City. Fulham have scored at least 2 goals in each of their last 3 games and so I’ll back them to do the same in this match.

Hull City Vs Swansea City
The two sides had a previous meeting in the League Cup in August 2008, with the Swans winning 2-1 at the KC Stadium. The Tigers have only progressed beyond the third round four times (1974, 1976, 1978 and 2014) and on each occasion they were eliminated in the fourth round.
Since winning the trophy in 2012/13, Swansea have won every home tie (3) but been eliminated in each of their two away ties – Birmingham in 2013/14 and Liverpool last season.

Leicester Vs West Ham United
West Ham United will be bullish after their shocking 2-1 win over Manchester City, but they will need to guard against complacency as Leicester are also in great form regardless of their 2-2 draw against stoke city.
Historically, these two sides met in the semi-final of the 1963/64 competition, with Leicester progressing with a 6-3 aggregate.

Middlesbrough Vs Wolverhampton
This is the first meeting between the two sides in the League Cup, but they have previously played 5 games with Boro winning 3 and Wolves winning 2. Middlesbrough will be pretty confident going into this match in their imperious form.

Preston North End Vs AFC Bournemouth
Preston North End manager Simon Grayson has urged his side to show that they can learn from their mistakes ahead of Tuesday’s League Cup third-round clash with Bournemouth.
Grayson’s men have won just once in eight Championship games this term, and slipped to 22nd in the standings with a 2-1 loss at Brentford on Saturday.
Meanwhile Bournemouth, who thumped Hartlepool United 4-0 in the last round, goes into today’s fixture on the back of a comfortable 2-0 win over Sunderland in the Premier League.
This is the first meeting between the two sides in the League Cup.

Sunderland Vs Manchester City
Manchester City manager Manuel Pellegrini is eager for his side to return to winning ways when they travel to face struggling Sunderland in the League Cup third round on Tuesday. Over the weekend Man City lost 2-1 at home to West Ham.
The two sides have met three times previously in the League Cup, most recently in the 2014 final, which was won 3-1 by Man City. The Black Cats have won six of their previous seven home League Cup games, scoring 19 goals in the process.
City has scored in 16 consecutive away League Cup games, stretching back to the third round in 2003/04.

Reading Vs Everton
Everton was unfortunate not to bring all three points back from Swansea City on Saturday, wasting numerous chances as they drew 0-0. Reading bounced back from a defeat to Derby County with a 2-0 win over Bristol City last time out.
These two sides have only met once before in the League Cup, with Everton winning 1-0 in the second round in the 1973/74 season.

Crystal Palace Vs Charlton Athletic
The two sides have met in three separate seasons in the League Cup, with Palace eliminating Charlton on each occasion including in the third round of 2004/05. Both teams have lost their last two games, and will be desperate for a win.

Milton Keynes Dons Vs Southampton FC
This is the first League Cup meeting between the two sides and the first in any competition since April, 2011 when they met in League One.
The Dons have eliminated Premier League opponents in three of the past five seasons, netting four goals each time – Blackpool (4-3, 2010), Norwich (4-0, 2011) and Man United (4-0, 2014).
The Saints have won their four previous 3rd round games, scoring exactly two goals each time.

Newcastle United Vs Sheffield Wednesday
This is the first meeting between the two sides in the League Cup. They last met on Boxing Day 2009 in the Championship.
The Magpies have won 11 consecutive League Cup games against teams from lower divisions, last losing to second-tier West Brom in the third round in 2003/04.
The Owls haven’t progressed beyond the third round in any of the last 13 seasons, reaching the third round three times and getting knocked out by Premier League sides each time.
Both sides have previously met 5 times, with Newcastle winning 4, with the other one ending in a draw.

Norwich City Vs West Bromwich Albion
Norwich has eliminated The Baggies on each of the two occasions the two sides have met in the competition in 1974 and 1979. The Canaries have lost just one of their last six home League Cup games; 4-1 to Aston Villa in the 2012/13 quarter-final.
West Brom has conceded exactly two goals in their last three away League Cup games (W2 L1). West Brom heads into the game on the back of a confidence boosting away win against Aston Villa.

Tottenham Vs Arsenal
Tottenham hosts Arsenal in a League Cup third-round derby on Wednesday, with the Gunners looking to bounce back from consecutive defeats.
Arsene Wenger’s side lost to Dinamo Zagreb in the Champions League and rivals Chelsea in the Premier League – two matches which saw them receive a total of three red cards.
Mauricio Pochettino’s men come into the game having shaken off a slow start to record three straight victories in all competitions, with new signing Son Heung-min netting three times in his last two games.
The two sides’ last meeting was in the League Cup was in 2010, when Samir Nasri scored twice in extra time to give Arsenal a dramatic 4-1 away victory.

Walsall Vs Chelsea
Chelsea will be hoping they have finally arrested their poor form with back to back wins against Macabi Tel Aviv and Arsenal.
Saturday’s 1-1 draw with Peterborough United kept Walsall in the top two, having beaten Championship outfits Nottingham Forest and Brighton and Hove Albion en route the third round of the League Cup.
Chelsea has eliminated Walsall on the three occasions the two sides have met in the League Cup.
This is the Saddlers’ first appearance in the third round since 2002/03, when they were knocked out 5-4 on penalties by Blackburn, following a 2-2 draw. Walsall hasn’t reached the fourth round since 1997/98.

Liverpool Vs Carlisle United
Liverpool manager Brendan Rodgers hopes a positive result against Carlisle United in the League Cup on Wednesday can serve as a much-needed confidence boost for his stuttering side. Rodgers saw Liverpool’s mixed start to the Premier League season continue with a 1-1 draw against Norwich City at Anfield on Sunday.
Keith Curle’s Carlisle also tasted frustration at the weekend – surrendering a two-goal lead to draw with 10-man York City at Bootham Crescent.
The fourth-tier side ensured a trip to Anfield courtesy of a surprise 2-1 victory over Championship outfit QPR as Derek Asamoah and Jason Kennedy ensured progression at Loftus Road.
Liverpool and Carlisle have met twice previously in the League Cup, with Liverpool victorious 5-1 in a replay at Anfield after a 1-1 draw in the 1972/73 season. Three of the previous four occasions the Reds have been eliminated from the League Cup in the third round has been at the hands of teams from lower divisions: Northampton (2010), Crystal Palace (2005) and Grimsby (2001).

Manchester United Vs Ipswich Town
After mixed results in their domestic and European campaigns last week, Manchester United turn their attention to Wednesday’s League Cup third-round clash with Ipswich Town at Old Trafford.
Louis van Gaal’s men endured a difficult trip to PSV last Tuesday as Luke Shaw’s broken leg cast a further cloud over a 2-1 Champions League defeat in Eindhoven. However, a 3-2 victory over Southampton in the Premier League on Sunday – with the help of Anthony Martial’s brace – has seen an improved mood at Old Trafford ahead of the visit of Ipswich, who sit fifth in the Championship.
This is the third meeting between the two sides in the League Cup. Both sides have one win each in previous meetings (United winning 1971, Ipswich in 1997).
The Red Devils have won 12 of their last 13 home League Cup games, failing to beat second tier Crystal Palace at Old Trafford in November 2011.