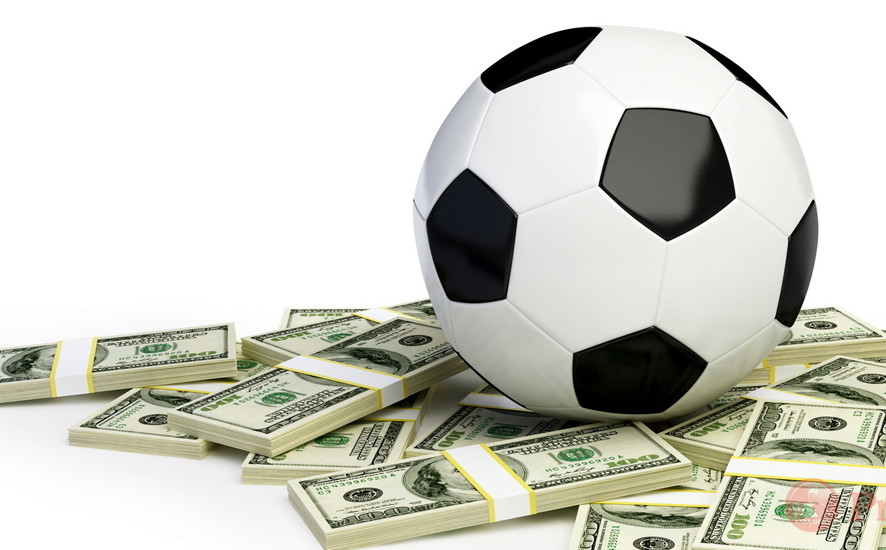 There has been a huge shift in betting patterns in recent years, with football betting now leading the way in terms of the number of bets being placed on a weekly basis.

The rise of the English Premier League and other major European leagues, along with blanket coverage of football by the likes of SuperSport has increased the awareness amongst punters. Football is now a 24/7 event, with matches being streamed across all continents. There is never a day when you can’t place a football bet on a live game.

Football trading and betting is also being driven by the rise of in-play betting, meaning you don’t just have to bet before the referee blows the whistle, you can get your money down while the game is taking place. It doesn’t matter what kind of punter you are; if you’re at the match and fancy a flutter on the first goalscorer market, an armchair fan who wants an interest on the 90-minute result or a professional football tipster who trades the correct score markets, we all want to come out a winner when the final whistle is blown.

So, how can you win in football betting? How can you increase your chances of pocketing some football betting profits, generate yourself a little extra tax-free cash from the weekend coupon or the midweek Champions League fixtures?

Here are a few free football betting tips from the Baba Ijebu team to help improve your chances of beating the bookies;

You need to assess how well your team is playing… and, just as importantly, how badly their opponents are performing. This is usually done by studying results over a certain number of games.  The minimum is probably 4-6 but many football experts will recommend around 8-10 matches as a better form guide.

So you can study a side’s W-D-L figures and work out how well they did against other teams, and especially those of a similar standard to their next opponents. This should give you a good basis for selecting your bets.

This will add another dimension to a team’s Win-Draw-Loss figures because a side can lose a match against the league leaders 2-1, conceding a goal in the last minute and this will be marked down in the ‘L’ column. But in just the same way, if they lose 4-0 to a mid-table side it will also go down as a loss.

What’s more, there could have been a dubious penalty awarded or they might have had a man sent-off early in the game; don’t always take results at face value.

Some wins can be lucky, some losses can be unfortunate… just try and work out if the results were a fair reflection of the overall match.

Even the best teams can have poor away records.  In fact, through the course of a season, only a handful of teams in each division will win more matches away from home, than they do in their own stadium.

Similarly, it’s a big advantage in football to play at home, so you can also find weaker teams winning matches in front of their own fans, which they otherwise might not have won.

Therefore, it makes sense to apply a filter to a team’s results, giving them more credit for performing well away from home and maybe slightly less for winning in their own backyard.

Looking at how a team has performed over a few weeks, or even a few months, of a season is one thing… what about the last 5 or 10 years?

This is best done by studying the records of the two teams when they have met each other in the past.  In previous league encounters, for example.

Of course, in certain cases due to promotion or relegation, or if it’s a one-off FA Cup tie there might be little recent evidence. But if two teams play each other regularly, a couple of times a season or more, then a look at their previous head-to-head statistics can be revealing.

Are the matches always close? Are there lots of goals? Does one team tend to win more often than the other?

Football line-ups are always prone to change, and a club’s match day team-sheet will be different from one week to the next. However, certain players are more important than others.

Think of Manchester United without Wayne Rooney in the Premier League… Real Madrid missing Cristiano Ronaldo in the Champions League… or Argentina turning up minus Lionel Messi for the World Cup. Whatever the level of competition, a few key players out through injury or suspension can make a huge difference to a team’s results, and in just the same way, the return of a player after a few games out may well improve their performance markedly.

So do your homework as to what players look likely to start and which players could miss-out.

This isn’t to say that teams ‘throw’ matches or don’t try to win every game. But clearly some games are more important than others.  We see managers resting players for what they consider to be ‘unimportant’ cup games, league matches against supposedly ‘weak’ opposition or if there’s a big local derby next-up or a relegation ‘six-pointer’ in a week’s time.

Managers have been known in these circumstances to use weaker teams and the players themselves to maybe not give 100%, knowing that the next match is maybe much more important.

So a quick check of the upcoming fixture list is recommended.  Likewise an assessment of whether the club would prefer a cup run over a better league position.

This works almost in the opposite way to the previous point. It has been noted with certain teams that after they play in Europe, for example, they struggle to perform well, domestically, in their next match.

Whether it’s to do with travelling, a different style of play or team line-up… for some reason, after a match against continental opposition in the Champions League or Europa League, they just don’t play so well; site Manchester United losing Swansea after beating Brugge with a whopping 4 to nil margin.

It can also be the same after a team records a big win, say a giant-killing cup victory or a great result against the top side in the division… and then they go and get turned over by a ‘lesser’ team. After putting so much into the last match, players can take longer to recover… both physically and mentally.

We’re always hearing about congested fixture lists and teams having to play lot of matches.  (Something which conveniently ignores the fact that 20 or 30 years ago, most players played a whole lot of more games than they do today!)

Anyway, there’s a widely held view that the teams which have a longer break between their matches perform better than opponents who have to play more often. In other words, a team which doesn’t get the necessary rest and/or preparation time before they have to play again is at a distinct disadvantage.; their players might be fatigued or carrying injuries, tired from excessive travelling etc.

That’s why it can be useful to monitor a team’s playing patterns. Just check that one team isn’t well-rested and thoroughly prepared, whilst the other is worn out after a punishing schedule.

Managers seem to come and go in the modern game. Almost every week there’s a story in the papers about one boss on the verge of being sacked, or another due to be appointed.

Of course, in many clubs there is a stability in the managerial set-up but in others you have managers on the way out, new managers coming in, part-time (caretaker) managers in place. It’s clearly wrong to assume that a team whose manager is ‘under-pressure’ will struggle to win, just as it’s naïve to assume that a side with a new manager will always improve their results. But it’s often worth a thought about the ‘managerial well-being’ of the teams involved.

It might sound odd that the referee can affect the outcome of a match, swaying the result in favour of one team over another; they’re supposed to be totally impartial, right? But there are football statisticians out there who will tell you that certain teams tend to do better/worse when their matches are officiated by certain referees.  And they’ve got figures to prove it!

Now you can read into that what you will.  And, as we know, you can get any set of data to say anything you want if you look at it long enough. Take it with a pinch of salt, if you wish. But just bear it in mind!

So ultimately, if you consider these points when selecting your football tips then, without doubt, you will improve your results and make yourself more money.

There’s more to finding profitable football bets than simply thinking that Manchester City are a better team than Tottenham Hotspur, or Barcelona ‘always seem to win’ when they play at home in the Champions League.

On the one hand, you need to study the results of the two teams with meticulous precision. That’s the place to start.  Analysing the ‘form’.

But, on the other, it’s important to consider other, external factors which can affect the outcome of a match.  They can be just as important to the overall result. That’s what sorts out the casual (and probably unsuccessful) football punter from the clued-up, highly profitable football tipster.