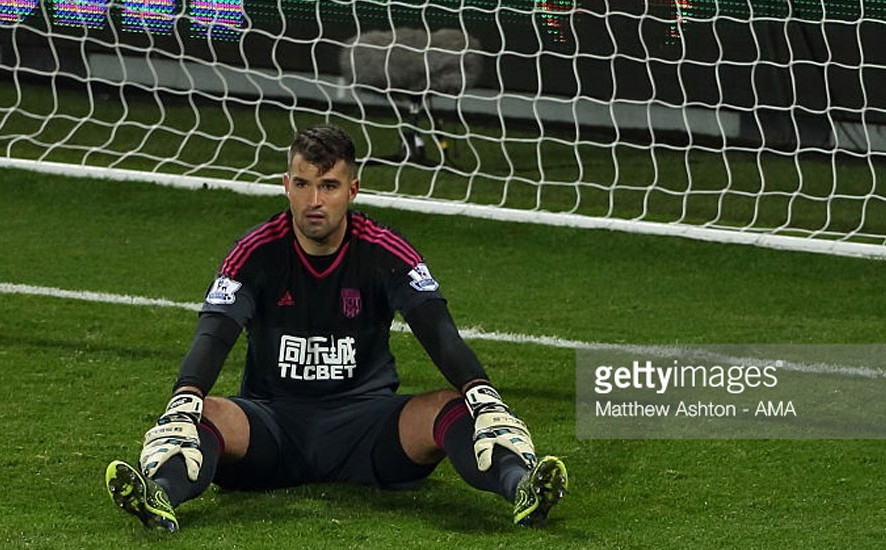 West Ham United Vs Norwich City 2-2
West Ham has Cheikhou Kouyate to thank for snatching them from the jaws of defeat in the last minute of the game against Norwich to earn a 2-2 draw.
Robbie Brady had given Norwich an early lead with his first goal for the club, before Diafra Sakho equalised in the 33rd minute, and Nathan Redmond must have thought he had won the game for Norwich when he gave them the lead in the 83rd minute, but Kouyate spared West Ham’s blushes by scoring in the 3rd minute of extra time to earn his team a draw. The win would have seen Norwich win at Upton Park for the first time in 26 years, but it was not to be.

Tottenham Vs Manchester City 4-1
Tottenham recorded a resounding win over Manchester City over  the weekend, and Man City’s manager , Manuel Pellegrini will be wondering where it all fell apart for his team over the last few weeks. Although City took the lead through new signing Kevin De Bruyne, but a stunning goal from Eric Dier just before half time was what Spurs needed for a turn around, and further goals from Toby Alderweireld, Harry Kane, and Erik Lamela was more than enough to secure a precious win and continue Tottenham’s good start to the season. This defeat means City have now lost top spot to Manchester United.

Stoke City Vs AFC Bournemouth 2-1
Stoke City needed a late goal from Striker Mame Biram Diouf to secure a precious win over AFC Bournemouth. The win is Stoke’s first of the season.
Jonathan Walters had given Stoke the lead in the 32nd minute after good work from Marco Arnautovic, but AFC Bournemouth despite looking bereft of ideas in attack after losing top scorer Callum Wilson to injury earlier in the game, equalised through Dan Gosling.
Stoke had the final say though as Diouf headed home in the 83rd minute after getting on the better end of a superb cross.

Southampton Vs Swansea City 3-1
Southampton picked up their first win in 3 games in a confident 3-1 win over Swansea City. Southampton raced to a three goal lead via goals from Virgil van Dijk, Dusan Tadic, and Saido Mane, before Gylfi Sigurdsson scored a consolation goal from the spot for a Swansea City team who had previously gone three games without a goal. At the end of the day, Southampton thoroughly deserved their win and has piled more pressure on Swansea manager Gary Monk with Swansea not registering a single victory in the month of September.

Newcastle United Vs Chelsea 2-2
A late comeback spared Jose Mourinho’s side as Chelsea denied Steve McClaren his first Premier League win in charge of Newcastle United after coming from 2-0 down to draw 2-2.
Goals from Ramires and Willian earned the champions a share of the spoils at St James’s Park on Saturday after it appeared Ayoze Perez and Georginio Wijnaldum had secured the points for Newcastle. Despite showing great resolve in the second half to equalise, Chelsea manager Jose Mourinho and football betting fans be asking questions about the commitment of Chelsea players afterwards. The draw means Newcastle remains in the relegation zone early on in the season, while Chelsea unsurprisingly lies in 14th place after a string of poor results.

Manchester United Vs Sunderland 3-0
Wayne Rooney ended his Premier League goal drought as Manchester United moved to the top of the table with a 3-0 win over Sunderland at Old Trafford on Saturday.
Louis van Gaal’s men headed into the fixture knowing victory would lift them to the summit following City’s 4-1 loss agsinst Tottenham Hotspur, and they put in a performance worthy of being top , which was started by Memphis Depay’s First Premier League goal for United . Further goals from Wayne Rooney and Juan Mata secured the win for United, and they will be glad they are beginning to get into form.

Liverpool Vs Aston Villa 3-2
Liverpool eased the pressure on manager Brendan Rodgers as Daniel Sturridge scored twice in an action-packed 3-2 win over Aston Villa at Anfield to give Liverpool their first win in 5 games. James Milner had given Liverpool the lead in the 2nd minute with a left footed strike. Daniel Sturridge scored his first goal since returning from injury when he improvised with the outside of his boot to remind Liverpool fans what they had been missing. Gesture’s goal from long range reduced the deficit to 2-1, and Villa must have thought they had the momentum needed to equalise, but Daniel Sturridge had other ideas when he scored his second and Liverpool’s third of the game after good work from Philippe Coutinho. Gestede also scored his second of the game with a fine header in the 71st minute, but Liverpool held on for a precious win.

Leicester City Vs Arsenal 2-5
Leicester City’s unbeaten start to the season came to an end as they were brought back down to earth by a stunning performance by Arsenal. Jamie Vardy had given Leicester the lead in the 13th minute, but Theo Walcott equalised 5 minutes later, and from there on in, it was all Arsenal. An hat trick from Alexis Sanchez saw them storm to a 4-1 lead, and although Jamie Vardy scored his second of the day to pull one back, French Striker Olivier Giroud had the final say when he got on the end of a cross from Nacho Monreal few minutes into extra time.

Watford Vs Crystal Palace 0-1
Crystal Palace got a penalty from Yohan Cabaye to secure a 1-0 win away from home against Watford. Prior to the game, Watford had made a great start to the Premier League on their return, and were looking for their 3rd straight win. In a match that promised so much but delivered little, Watford will be disappointed that they weren’t able to get a better result at home, against a Crystal Palace side whose last goal came in a shock win against Chelsea last month.

West Bromwich Albion Vs Everton 2-3
Romelu Lukaku came back to haunt his former team in a stunning match which ended 2-3 in favour of Everton. Everton seemed destined for defeat when West Brom stormed to a two goal lead through Saido Berahino and Dawson. But Everton showed great resolve, and reduced the deficit through Romelu Lukaku. Arouna Kone who came on as a substitute for Naismith made an instant impact by scoring the equaliser for Everton. Romelu Lukaku scored what proved to be the winner six minutes from time to give Everton a stunning comeback win against West Brom. West Brom will be hoping that such complacency won’t be a regular thing this season.