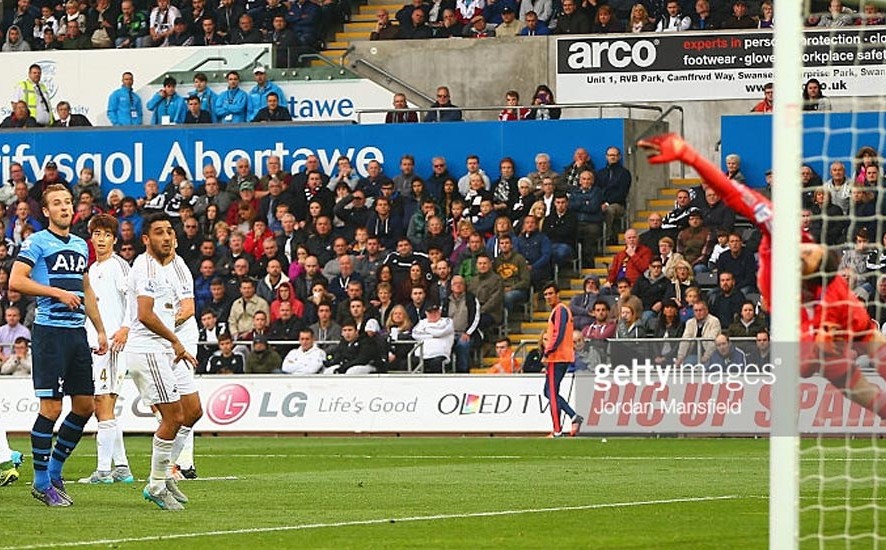 Sunderland Vs Westham United 2-2
Sunderland and West Ham played out an entertaining 2-2 draw over the weekend. Sunderland raced to a 2 goal lead via goals from Steven Fletcher and Jeremain Lens, and they will be disappointed not to have gotten all three points against a West Ham side who put in a spirited performance to come away from the game with a point. West Ham scored through Carl Jenkinson and summer signing Dimitri Payet.

Norwich Vs Leicester City 1-2
Leicester City returned to winning ways in the Premier League with a hard-fought 2-1 victory away to Norwich City on Saturday. Goals from in-form Striker Jamie Vardy and Jeffrey Schlupp were enough to give Leicester the win. Norwich pulled one goal back through Dieumerci Mbokani, but it was far too late for the home side, and even though they threw everything into the game to find an equaliser, Leicester City’s Robert Huth blocked everything that was thrown at his team.

Manchester City Vs Newcastle 6-1
Sergio Aguero equalled a Premier League record by scoring five times as Manchester City returned to winning ways with a 6-1 demolition of Newcastle United.
Manchester City had previously lost their last two games against West Ham and Tottenham, and when Newcastle took the lead through Aleksandar Mitrovic, it seemed like another loss was on the cards.But the Manchester City striker took matters into his own hands by incredibly hitting 5 goals to complete a superb turn around. Manchester City’s other goal was scored by record signing Kevin De Bruyne

Crystal Palace Vs West Bromwich Albion 2-0
Crystal Palace made it back-to-back wins in the Premier League after Yannick Bolasie and Yohan Cabaye netted goals after half-time to see off a dogged West Brom 2-0 at Selhurst Park.
West Brom fought back with attack after attack, but it was obvious Crystal Palace coach Alan Pardew got his tactics right, and Crystal Palace came away with a deserved win.

Chelsea Vs Southampton 1-3
Chelsea’s miserable 2015-16 season continued as they fell to a stunning 3-1 defeat against a rampant Southampton side at Stamford Bridge on Saturday.
Chelsea must have thought their afternoon was going to be a joyful one when they took the lead through Willian in the 10th minute. But Southampton had other ideas, and they turned the game around through Steven Davis, Saido Mane, and Graziano Pelle. The win for Southampton marks the first time Chelsea will concede 3 goals at home under Jose Mourinho, and even Mourinho will know that his job is currently on the line.

Aston Villa Vs Stoke City 0-1
Marko Arnautovic scored the only goal of the game as Stoke City continued their upward momentum in the Premier League with a 1-0 win at Aston Villa that piles further pressure on Tim Sherwood.
Following a disappointing start to the season, Stoke has turned things around in recent weeks and claimed their third straight win in all competitions thanks to Arnautovic’s 55th-minute strike.|
Micah Richards did waste a glorious chance to level against Stoke City, but Villa – who have not won in the Premier League since the opening day of the season – rarely tested Stoke after that, and Stoke ultimately held on for 3 precious points

AFC Bournemouth Vs Watford 1-1
A dreadful error from Artur Boruc and a missed penalty from Glenn Murray cost Bournemouth as they were held to a 1-1 draw by fellow Premier League new boys Watford on Saturday.
Murray’s first-half header on his full debut had the hosts set to go into the break in front after having the better of the first 45 minutes. Bookmakers and premier league betting fans in particular would have backed Watford top scorer Odion Ighalo to score before the game, and goalkeeper Artur Boruc made that pretty easy by gifting a pass to Ighalo to find the net easily. The goalkeeper had received a routine pass-back from Sylvain Distin, before inexplicably passing straight at Ighalo, allowing the in-form striker to comfortably round him and tap into an empty net.

Swansea City Vs Tottenham Hotspurs 2-2
Christian Eriksen scored two brilliant free-kicks as Tottenham fought back twice to draw 2-2 with Swansea on Sunday. Swansea had taken the lead through Andre Ayew who rose highest to nod home a teasing cross from Jefferson Montero. Christian Eriksen equalised with a fine free kick which wrong footed Fabianski to the delight of the traveling supporters. Harry Kane who has been struggling to replicate last season’s form, scored but at the wrong end, when he put through his own net to give Swansea the lead. he must have been relieved when Christian Eriksen scored another free kick to save a point for Spurs.

Everton Vs Liverpool 1-1
Danny Ings opened the scoring for Liverpool and Romelu Lukaku equalised just before half time to leave the scores at 1-1 prior to half of the game. The intensity of the first half wasn’t matched in the second half as chances were few and far between and the game ended at 1-1. Liverpool boss Brendan Rodgers was relieved of his duties after this match.

Arsenal Vs Manchester United 3-0
Arsenal turned in a devastating first-half performance to storm to a memorable 3-0 Premier League win over Manchester United.
Goals from Alexis Sanchez and Mesut Ozil in the space of 74 seconds gave Arsenal a 2-0 lead by the seventh minute at the Emirates Stadium on Sunday and Sanchez scored his sixth goal in three matches with an emphatic third in the 19th minute.
Manchester United can have no complaints about this loss, as they were all over the place in the first half, and rarely created chances, apart from a neat turn and shot by Anthony Martial which was saved by Petr Cech. Arsenal dropped their intensity in the second half, knowing fully well that the damage had been done in the first half.