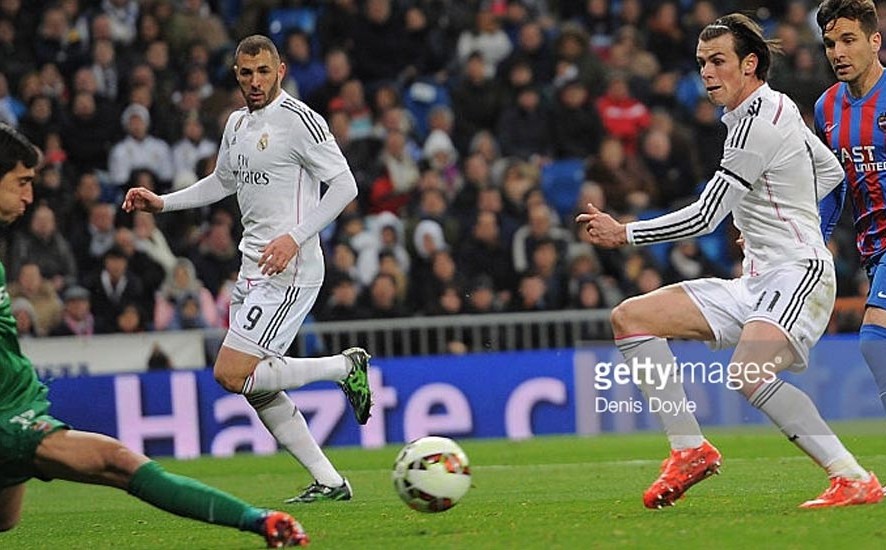 Real Madrid Vs Levante
Real Madrid has won their last seven La Liga games against Levante. They have never won eight in a row against them. Levante have been shut out against Real Madrid in three consecutive La Liga games. The Valencians have won only one of their last 10 visits to Santiago Bernabéu (L9), winning just 0-1 in 2007 with a Salva Ballesta goal.

Eibar Vs Sevilla
Eibar has never beaten Sevilla in the top tier (D1 L1). Sevilla have conceded at least once in six La Liga games in a row, their worst streak since 2013 (11). The Basque team have only lost one of their last nine La Liga games (W4 D4), at home against Atlético (0-2).

Barcelona Vs Rayo Vallecano
Barcelona have recorded nine wins in a row against Rayo, scoring 40 goals and only conceding two. The Catalan team have only been shut out twice in their last 74 home games in La Liga.

Rayo have alternated between winning and losing in their last four away games; the last one was a defeat against Sevilla.

Valencia Vs Malaga
Malaga has never won in their 14 visits to the Mestalla in La Liga (D3 L11). Valencia has scored at least once in all 14 La Liga games at home against Málaga. Valencia has gone 15 La Liga games in a row at home without defeat. They have not had a better streak since 2005-06 (19).

Real Betis Vs Espanyol
Betis have gone seven games in a row without defeat against Espanyol at home (W2 D5). They have two wins in a row in La Liga but not won three in a row since January 2012.

Espanyol have lost three of their last four La Liga away games. In each of those defeats they conceded three goals.

Villarreal Vs Celta De Vigo
Villarreal won both games against Celta in 2014/15, with seven goals scored and two conceded; their best numbers against any team last season.

Celta lost 4-1 on their last visit to El Madrigal, the most goals conceded in a match with Berizzo as manager. Villarreal have won their last five games at home in La Liga, scoring 10 goals and conceding only three.

Real Sociedad Vs Atletico Madrid
Real Sociedad has only won two of their last 10 games against Atlético in La Liga (D1 L7). One of these wins was in the last game between them at the Anoeta (2-1 November 2014). Atlético on the other hand have won four of their last five games in the Anoeta (D1), more than at any other away ground since 10/11.

Anoeta is the stadium in which Simeone has won the joint-most La Liga away games, alongside the Sánchez Pizjuán (three wins in each).

Getafe Vs Las Palmas
This will be the first game between Getafe and Las Palmas in the top tier. Their last game was in the second tier, in 2004, with Getafe winning 3-0.

The side from the Canaries never won against Getafe away from home in the second tier (D1 L2). Getafe have only lost one of their last four La Liga games (W2 D1), conceding in only one of them.

Deportivo Vs Athletic Club
Deportivo have only lost one of their last 13 La Liga games against Athletic (W7 D5); at the San Mamés in May 2010. Athletic have not won in their last six visits to the Riazor (L5 D1). Their last win away against Depor was in December 2006 (0-2 with Mané as manager).

Deportivo have won more games (34) and have scored more goals (120) against Athletic than against any other team.

Sporting Gijon Vs Granada
Sporting have only won one of their last five games against Granada in the top tier (D2 L2), 2-0 in October 2011. They have beaten Granada in eight of their previous 10 top-flight home clashes (D1 L1). Granada on the other has only won once in 20 visits to Asturias in the top tier, back in 1959 (0-1 to Sporting at El Molinón).