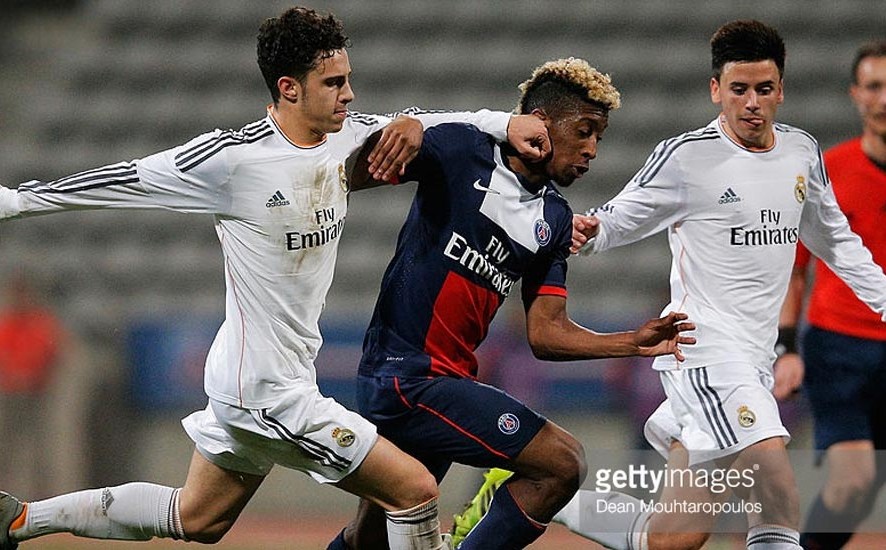 Arsenal Vs Bayern Munich
The Gunners go into this match under big pressure to pick up a result if they are to stand a realistic chance of reaching the last 16, having lost to Dinamo Zagreb and Olympiakos in their opening two matches.
Bayern, in contrast, have beaten the same two opponents and scored eight goals without conceding, meaning they comfortably sit at the top of Group F.
Arsenal warmed up for the crucial tie with an impressive 3-0 victory away to Watford, while Bayern won 1-0 at Werder Bremen to make it nine successive wins to open the Bundesliga season.

Bate Borisov Vs Barcelona
Luis Enrique is hoping for a tighter defensive performance from Barcelona during the Champions League Group E trip to BATE.
Having suffered two La Liga defeats in their previous three outings, the Spanish champions got their title defence back on track with a 5-2 win over Rayo Vallecano at the Camp Nou on Saturday.
BATE recovered from a 4-1 thrashing in the opening game of the round-robin stage to stun Roma with a 3-2 triumph last time out.

Bayer Leverkusen Vs Roma
Roma will travel to Germany for Tuesday’s encounter sitting bottom of Group E with just one point from their opening two matches.
An encouraging 1-1 home draw with defending champions Barcelona on matchday one was followed by a shocking 3-2 defeat at BATE, in which Rudi Garcia’s men found themselves three goals down within half an hour.
Leverkusen comes into the game without a win in three matches across all competitions, a 2-1 defeat to Barca on matchday two having preceded two draws in the Bundesliga – with Roger Schmidt’s men held 0-0 at Hamburg on Saturday.

Dinamo Vs Olympiakos
The Greek side are level with Zagreb on three points in Group F after each side beat Arsenal and suffered defeats to Bayern Munich.
Dinamo’s loss at the hands of the German champions was their first since November of last year and they face another tough task against an Olympiakos side that has won seven from seven in the Greek Super League.

Dynamo Kyiv Vs Chelsea
A Group G defeat to Porto had contributed to a three-match winless run for Mourinho’s side amid a rocky start to the campaign before Saturday’s much-needed if unconvincing 2-0 Premier League victory over Aston Villa.
Victory over Maccabi Tel Aviv on match day one means Chelsea are third in the group, a point behind leaders Kiev, who have also beaten the Israeli side and drawn with Porto.
Sergey Rebrov’s men go into the game off the back of a 3-0 defeat at the hands of title rivals Shakhtar Donetsk.

Porto Vs Macabi Tel Aviv
Maccabi lost 4-0 to Premier League champions Chelsea and were then defeated 2-0 by Dynamo Kiev and they now face a Porto side that has been in magnificent form under Coach Julen Lopetegui this season.

Valencia Vs Gent
The Spanish side now welcome Gent to Estadio Mestalla as Valencia seek a second successive Group H win after bouncing back from a 3-2 defeat to Zenit with a 1-0 victory at Lyon in the Champions League.
Hein Vanhaezebrouck’s side came from behind to claim a 2-1 win at Mouscron-Peruwelz and have been no pushovers in the group in their opening two matches.
Gent held Lyon to a 1-1 draw despite seeing two players sent off as Alexandre Lacazette missed a late penalty for the French side.
Group leaders Zenit dealt Gent their first loss with a 2-1 victory in Russia

Zenit Vs Olympique Lyonnais
The French side head to St Petersburg having taken just one point from their opening pair of Group H encounters.
Fournier’s men were held 1-1 by a nine-man Gent in the first game and then lost 1-0 at home to Valencia, leaving Lyon little room for error in Russia against a Zenit side that sits top of the Group with six points.
Zenit emerged victorious from a thrilling game in their opening match by winning 3-2 at Valencia and made it two victories from two courtesy of a 2-1 defeat of Gent.

Atletico Madrid Vs Astana
This is the first ever competitive game between Atletico Madrid and Astana. Astana’s only previous meeting with a Spanish side in European competition was in the 2014/15 Europa League play-offs against Villarreal; the Kazakh side lost 7-0 on aggregate including a 4-0 away defeat. Atletico Madrid have lost three of their last six Champions League games, as many defeats as in their previous 22 games in the competition.

CSKA Moscow Vs Manchester United
CSKA and Manchester Utd’s only previous meeting was in the 2009/10 group stages of the Champions League. The Red Devils won 1-0 in Moscow before a 3-3 stalemate at Old Trafford. CSKA have failed to keep a clean sheet in their last 18 Champions League games. The last time they did was in November 2011 (0-0 v Trabszonspor). CSKA’s last five Champions League games against English sides have produced 23 goals, an average of 4.6 per game.

Galatasaray Vs Benfica
Galatasaray and Benfica’s only previous encounter in European competition was in the group stages of the 2008/09 UEFA Cup. The Turkish team won 2-0 in Portugal. However, Galatasaray’s only previous home game against a Portuguese side ended in defeat (0-2 v Sporting Braga in the 2012/13 Champions League group stage). Galatasaray have been winless in their last 10 Champions League games (D3 L7), their last victory dating back to December 2013 against Juventus (1-0).

Juventus Vs Borussia Monchengladbach
Juventus and Borussia Monchengladbach’s only previous encounter was in the second round of the 1975/76 European Cup. Gladbach knocked out the Old Lady, winning 2-0 in Germany before a 2-2 stalemate in Italy. Juventus hadn’t won their first two games in the Champions League group stages since 2005. Juventus are unbeaten in their last 10 Champions League games at the Juventus Stadium (W7 D3), the last team to beat them on home soil being Bayern Munich back in April 2013 (0-2).

Malmo FF Vs Shakhtar Donetsk
This is the first ever competitive game between Malmo and Shakhtar Donetsk. Malmo’s only previous meeting with a Ukrainian side in European competition was in the 2011/12 group stages of the Europa League. They lost both of their games against Metalist Kharkiv (1-4 at home and 1-3 away). This is Shakhtar’s first ever competitive game against a Swedish side.

PSG Vs Real Madrid
This is the fifth meeting between Paris SG and Real Madrid in the European competition. The Parisian club holds the upper hand with two wins, one draw and one defeat. Meanwhile, Real have never beaten PSG at the Parc des Princes (D1 L1). Their previous encounters were in the knockout stages with PSG eliminating Real Madrid both times: in the 1992/93 UEFA Cup (5-4 on aggregate) and the 1993/94 Cup Winners’ Cup (2-1 on aggregate). Paris SG have scored in each of their previous four games against Real Madrid.

Wolfsburg Vs PSV
This is the first ever competitive game between Wolfsburg and PSV Eindhoven. Wolfsburg have only failed to score once in eight Champions League group games. They have opened the scoring in each of their first two games in the competition this season. Wolfsburg are unbeaten in their three previous European games against Dutch opposition (W2 D1).