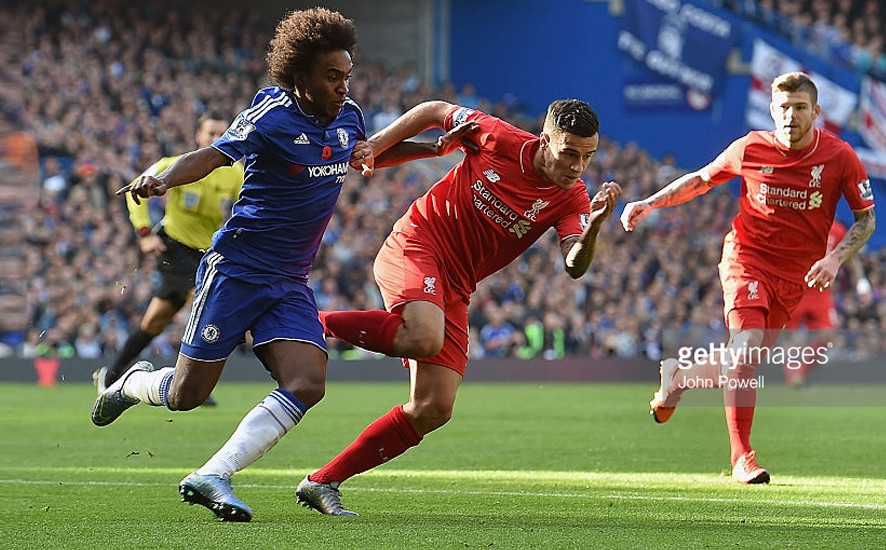 Tottenham Vs Aston Villa 3-1
Tottenham were very clinical against Aston Villa on Monday Night, as they ran out 3-1 winners. They raced into a 2 goal lead through Mousa Dembele and Dele Alli. And even though Jordan Ayew pulled one back to set up a tense finish, Harry Kane continued his recent renaissance by scoring in stoppage time to seal the win.

Everton Vs Sunderland 6-2
Everton secured an emphatic 6-2 win against Sunderland at Goodison Park in their clash last weekend. Gerard Deulofeu and Arouna Kone had given Everton a 2 goal lead, before Jermain Defoe and Steven Fletcher equalized to make it 2-2 by the 50th minute. But Everton had other ideas as they put 4 more goals past Sunderland, Arouna Kone scored 2 more to complete his hattrick , Sunderland’s Sebastian Coates scored an own goal and Romelu lukaku scored the other goal.

Southampton Vs Bournemouth 2-0
Southampton eased to a 2-0 derby win over AFC Bournemouth, extending their south-coast neighbours’ winless Premier League run to five matches.
Ronald Koeman’s team moved up to seventh in the table thanks largely to a dominant first-half performance, where the Bournemouth defence was creaking heavily before two goals in the space of five minutes from Steven Davis and Graziano Pelle.

Chelsea Vs Liverpool 1-3
Philippe Coutinho scored twice as Liverpool came from behind to beat Chelsea 3-1 at Stamford Bridge and pile pressure on under-fire manager Jose Mourinho.
A Ramires header gave the Premier League champions the lead after just four minutes, but compatriot Coutinho fired Liverpool level in some style just before half-time.
Oscar came close with a long-range chip, but chances were few and far between in the second half until another Coutinho effort clipped John Terry and flew past Asmir Begovic. Christian Benteke made sure of the points with a composed finish in the closing minutes as Jurgen Klopp secured his first league win since taking charge of Liverpool.

Crystal Palace Vs Manchester United 0-0
Manchester United failed to score in the third consecutive match as they drew 0-0 with Crystal Palace at Selhurst Park.
Louis van Gaal’s men were beaten by Middlesbrough on penalties at Old Trafford in the League Cup on Wednesday, after playing out a goalless stalemate with Manchester City last weekend and they failed to find the net once again as Alan Pardew’s side held firm on Saturday.

Manchester City Vs Norwich City 2-1
Yaya Toure scored a late penalty to spare Joe Hart’s blushes and earn Manchester City a 2-1 victory over Norwich City.
The England goalkeeper inexplicably dropped a seemingly harmless Robbie Brady cross seven minutes from time, leaving Cameron Jerome to tap in a shock equaliser. But Toure converted from the spot after Russell Martin had blocked Raheem Sterling’s goal-bound shot with his arm, with the Canaries captain dismissed for the offence, and Aleksandar Kolarov missed another late penalty.
Despite scoring 16 times in their previous three domestic home matches Manuel Pellegrini’s team struggled for their usual fluency until Nicolas Otamendi headed in his first goal for the club from a corner.

Newcastle Vs Stoke City 0-0
Stoke City were indebted to Jack Butland for their battling 0-0 Premier League draw with Newcastle United at St James’ Park on Saturday.
The England international goalkeeper pulled off a string of superb saves to keep the scores level while at the other end Jonathan Walters missed the best chance of the game, failing to turn in a fine Charlie Adam cross.
Newcastle are now unbeaten in five games at home against Stoke, but are without a win in their last four Premier League clashes with the Potters.

Swansea City Vs Arsenal 0-3
Arsenal kept pace with Manchester City at the top of the Premier League after beating Swansea City 3-0 at the Liberty Stadium thanks to goals from Olivier Giroud, Laurent Koscielny and Joel Campbell.
Without Theo Walcott, Alex Oxlade-Chamberlain and Gabriel due to injuries sustained in a midweek League Cup defeat at Sheffield Wednesday, Arsene Wenger’s men were sluggish in the first half but clicked after the break.
Swansea remains winless at home in the league since late August while the Arsenal team warm up for their crucial trip to Munich with victory.

Watford Vs West Ham United 2-0
West Ham’s unexpected jockeying for position at the top of the Premier League took a blow on Saturday as two goals from Odion Ighalo secured a 2-0 win for Watford at Vicarage Road.
A moment of poor decision-making while defending a free kick by Andy Carroll saw the striker allow Nathan Ake to rob him of possession before crossing low for Ighalo to open the scoring shortly before half-time, deflecting it off Aaron Cresswell.
The Nigerian then doubled his side’s advantage three minutes after the break, evading James Tomkins to pick up Ikechi Anya’s cross and fire past Adrian from just inside the penalty area.

West Brom Vs Leicester City 2-3
A second-half double from Riyad Mahrez inspired Leicester City to come from behind and seal a 3-2 Premier League win against Midlands rivals West Brom on Saturday.
Salomon Rondon gave the hosts the lead with a powerful header after half an hour amid an otherwise bright start from Claudio Ranieri’s men, who came close early on when Jamie Vardy saw an effort tipped onto the post.
Leicester continued  to threaten and drew level just after half-time when Mahrez got ahead of his man to volley home Marc Albrighton’s superb cross, before the two players combined again just after the hour to edge the visitors in front at The Hawthorns.
A thoroughly satisfying afternoon for third-placed Leicester was wrapped up 13 minutes from stoppage time as Vardy broke away from the defence to slot home his 11th league goal of the season, although West Brom did respond through a late penalty from Rickie Lambert, it was denied by the woodwork in the dying seconds.