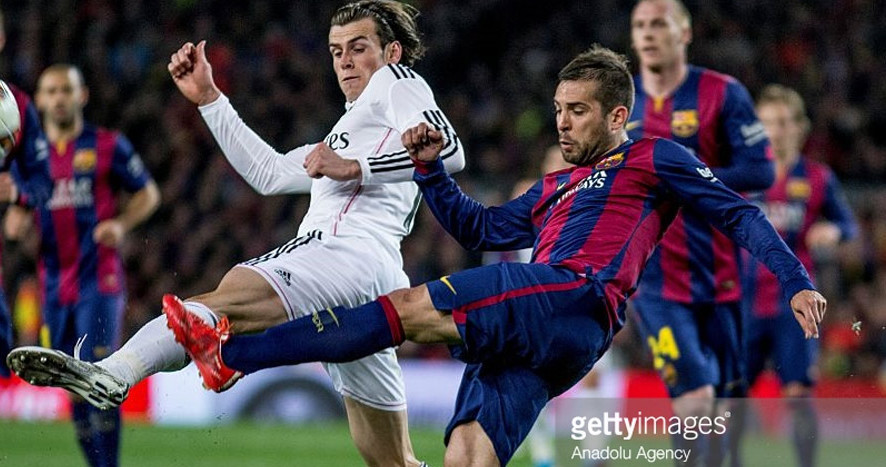 Another El Clásico match will treat La Liga betting fans on November 21st as Spain’s top two clubs Real Madrid (7-1-3, 24 points) and FC Barcelona (9-2-0, 27 points) meet at the Santiago Bernabeu Stadium for an epic clash of the Titans in the 2015-2016 La Liga season.
This derby is time and again considered as the greatest matchup in football and it remains to be seen whether Lionel Messi will be available against Cristiano Ronaldo’s squad in this highly-anticipated event.
The last time these two clubs met was in March of this year in a battle won by Luis Enrique’s side, 2-1, as striker Luis Suárez scored the winner at the 56th minute after Ronaldo equalized it at the half hour mark.
However, Barça had Messi that time and it seems like they are going to miss the three-time FIFA Ballon d’Or winner in this weekend’s episode as team doctors advised him to not hurry in returning from a knee injury.

Madrid is coming off a disappointing 2-3 upset loss to Sevilla at the Estadio Ramón Sánchez Pizjuán before the international break. Meanwhile, Barça smashed Villarreal (3-0), at the Camp Nou on November 8th as Suárez and Brazil captain Neymar continue to be in top form for the Catalonia giants.

The match promises to be a cracker, and the following betting facts can aid football betting fans to better place their bets.