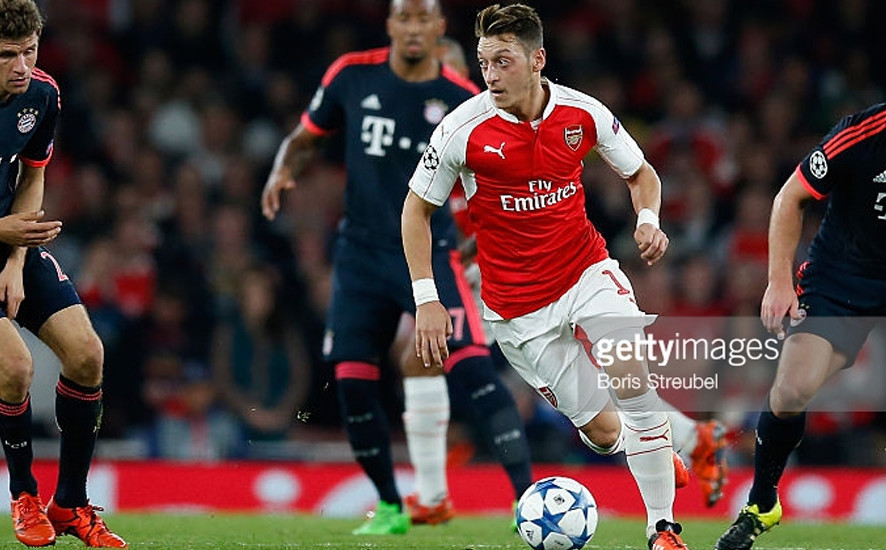 Astana Vs Atletico Madrid
Top meets bottom in Group C of the Champions League on Tuesday when Atletico Madrid seek to do the double over hosts Astana in Kazakhstan.
Diego Simeone’s side ran out 4-0 winners a fortnight ago at the Vicente Calderon, where strikes from Saul, Jackson Martinez, Oliver Torres and a Denys Dedechko’s own-goal sent Atleti top of the group, level on points with Benfica.
Astana have picked up one point from three games in their maiden group stage campaign and Tuesday’s visitors will be heavy favourites to extend their unbeaten run to six matches in all competitions.

Benfica Vs Galatasaray
Benfica will be looking for payback when they host Galatasaray at the Estadio da Luz in the Champions League on Tuesday.
Rui Vitoria’s men took an early lead when the pair faced off at the Turk Telekom Arena in their previous Group C outing but the Turkish side recovered with a Selcuk Inan penalty and Lukas Podolski strike earning them a 2-1 win.
After having a 100 per cent start, European campaign ended in Istanbul; Benfica suffered defeat to Sporting CP in the Lisbon derby four days later – ending an unbeaten run of 55 home matches in the Primeira Liga.

Borussia Monchengladbach Vs Juventus
Claudio Marchisio wants Juventus to mark a turning point in their season with a result from Tuesday’s Champions League trip to Borussia Monchengladbach.
Juan Cuadrado’s injury-time strike gave Juve a 2-1 derby win over Torino on Saturday – just their second victory from their last five games in all competitions.
Last season’s Champions League finalists head into match-day four a point ahead of Manchester City at the top of Group D, but Marchisio has urged his team-mates to begin a winning run if they are to challenge again for trophies this season. Gladbach – who held Juve to a 0-0 draw in Turin – have enjoyed a remarkable resurgence under interim head coach Andre Schubert in recent weeks.
The five-time German champions have won six successive games in the Bundesliga, including a 4-1 victory away to Hertha Berlin on Saturday.

Manchester United Vs CSKA Moscow
United secured a 1-1 draw in Russia thanks to Anthony Martial’s header in their most recent European outing on October 21 but have since recorded three 0-0 draws in a row; results which have seen them lose ground to Manchester City and Arsenal at the top of the Premier League table and exit the League Cup on penalties to Middlesbrough.
CSKA, meanwhile, secured a comfortable 2-0 victory over Ufa on Saturday to equal the Russian top-flight record of 36 points from 14 matches.

PSV Vs Wolfsburg
Wolfsburg were eliminated from the second round of the DFB-Pokal – the competition they won last season – by Bayern Munich in a 3-1 loss last Tuesday. However, Hecking’s side recovered impressively with Nicklas Bendtner and Julian Draxler on target in a 2-1 triumph over Bayer Leverkusen in the Bundesliga on Saturday.
Since going down 2-0 to the German side on match-day three, PSV – unbeaten in their last 11 home fixtures in all competitions – have won three consecutive matches and scored 15 times in the process.

Real Madrid Vs PSG
The teams clash for the second time in two weeks in Group A, having shared a goalless draw at the Parc des Princes.
It was a result that maintained both sides’ unbeaten record across all competitions this season and marked the only time PSG have failed to win in their past eight outings at home and abroad.
Over the weekend, Real Madrid defeated Las Palmas 3-1, while PSG won away to Rennes 1-0

Sevilla Vs Manchester City
Manuel Pellegrini’s team secured a last-gasp 2-1 win over their Liga opponents in Manchester last time out, with Kevin De Bruyne firing a stoppage-time winner.
Another victory would secure City’s progress to the knockout stages with two matches to spare if leaders Juventus also win at Borussia Monchengladbach on Tuesday, although the Premier League leaders have once again failed to replicate their dominant domestic form on the European stage.
Sevilla are hopeful that playmaker Ever Banega can overcome an ankle injury to feature, although Unai Emery will be without first-choice striker Kevin Gameiro in a match where defeat would leave the Europa League holders facing elimination.

Shaktar Donetsk Vs Malmo FF
Malmo picked up their first points of the Champions League campaign last time out against Shakhtar Donetsk and a repeat of that win this week will end the Ukrainian side’s hopes of progression.
These two teams were always likely to fight it out for third place, behind Real Madrid and Paris Saint-Germain, with Markus Rosenberg’s 17th-minute effort earning Malmo their first win of Group A in Sweden last time out. That result kept Shakhtar winless in the competition and Mircea Lucescu’s men face a near-impossible task to keep hopes of progression alive. Another defeat at home on Tuesday will end their hopes of finishing third.
There remains the possibility of earning a Europa League spot for Lucescu’s side, who have scored 11 goals in two games since their defeat to Malmo.

Barcelona Vs BATE Borisov
This will be the fourth meeting between these sides in the Champions League with Barcelona winning all three games between the sides.
BATE Borisov are yet to score a goal against the Catalan side in their three meetings while Barcelona have netted 11 times.
Barcelona are unbeaten in their last 12 games at home in the Champions League, winning 11 and drawing one in that run. Over the weekend, Barcelona dispatched Getafe 2-0, while Bate also won 0-1 away from home against Dinamo Brest.

Bayern Munchen Vs Arsenal
Bayern Munich have won their last seven at home in the Champions League, keeping five clean sheets and conceding just three goals in that run.
Bayern have won 16 of their last 17 home games in the Group Stage of the Competition. This means Arsenal will have to be guarded against Bayern, although they have been in pretty decent form themselves. Bayern’s last game ended in a 0-0 draw against Frankfurt, while Arsenal won away to Swansea 3-0

Chelsea Vs Dinamo Kyiv
Chelsea has been in disastrous form all season, and they will be wondering where it all went wrong for them. They have lost their last 3 games, and their only draw in the last 5 games came against Dynamo Kyiv a fortnight ago.
Kyiv have won 3 of their last 5 games, although they have never won in England in the Champions league. Chelsea’s last game ended in defeat against Liverpool 3-1. While Dynamo Kyiv won 2-0 against Metalist

KAA Gent Vs Valencia
Both teams come into the game on the back of wins in their last game respectively. Valencia defeated Levante 3-0, while Gent defeated OH Leuven 2-0.
The last time these two teams met, Valencia came out 2-1 winners, and Gent will probably be looking for revenge to keep their already slim UCL hopes alive.

Olympique Lyonnais Vs Zenit
In the last encounter between these two sides 2 weeks ago, Zenit convincingly won 3-1, and Lyon will be hoping for better fortunes this time around.
Both teams have won 3 out of their last 5 games and they come into the game in pretty decent form. In their last game, Lyon won away from home 1-0 against Troyes while Zenit on the other hand played a 0-0 draw against Mordovia Saransk.

Roma Vs Bayer Leverkusen
In European competitions, Roma have never beaten Leverkusen, and they will be hoping this will be a win on their 4th attempt.
The last time these two teams met, it was a high scoring, entertaining 4-4 draw, and we can also expect a few goals this time.
Both teams come into the game on the back of defeats in their last game. Roma lost 1-0 to Inter Milan while Bayer Leverkusen lost 2-1 away to Wolfsburg. They will be hoping to bounce back instantly.