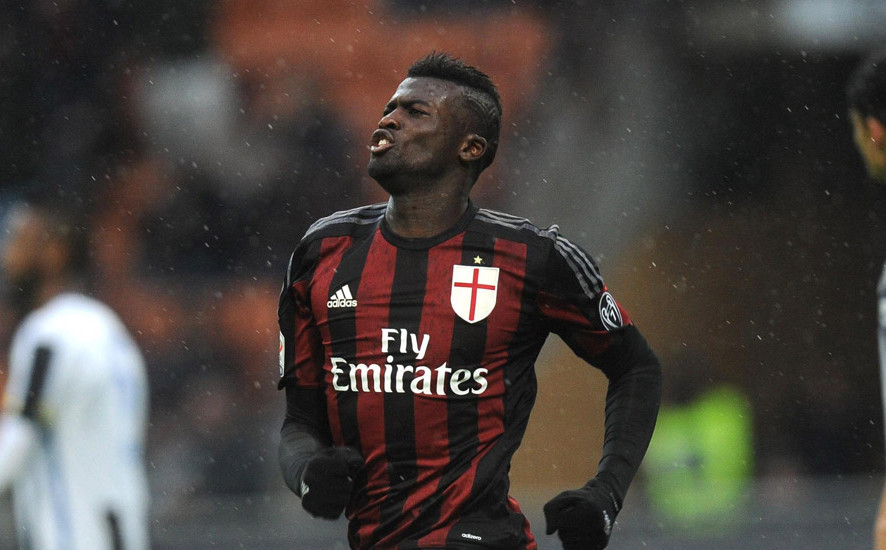 Juventus Vs Sassuolo
Juventus have won four of their six Serie A games against Sassuolo, losing only once so far, in their first game of last season. Since then, Juve have gone unbeaten for 26 consecutive Serie A games (W25 D1). Sassuolo are yet to score their first ever goal at Juve’s ground. In 15 of the 20 previous occasions when Juve have won their first three games of the season, they’ve gone on to win the league. Sassuolo haven’t shared any draws in their last seven league games on the road (W5 L2). Juve are on a run of 17 consecutive home wins in Serie A, and they’ve conceded only four goals in the process.

Palermo Vs Napoli
Palermo have won only one of their last eight Serie A meetings against Napoli, losing six times in the process. Napoli have managed to score in each of their last 10 matches against Palermo in the top-flight: 20 goals in total, on average 2 per game.
Napoli have won three of their last four Serie A games away to Palermo (losing the other), after they had lost each of the previous five. Napoli have failed to keep a clean sheet in their last five away league fixtures (nine goals conceded in the process). Their last Serie A game on the road with no goals conceded came last March, in Palermo.

Football Betting Predictions:
Back Napoli to win and Over 2.5 @ 1.95

Bologna Vs Cagliari
Bologna have won their last three Serie A games against Cagliari, without conceding a single goal. All these defeats saw the Sardinians ending their game with a man down. Bologna have also won their last three home games against Cagliari, without conceding goals. They have conceded five goals in their last Serie A fixture – they had conceded only once over the previous five.
Cagliari instead have conceded five goals in the first two games of this campaign, their worst start in Serie A since 2008/09.

Atalanta Vs Torino
Atalanta have picked up only one point from their last five Serie A games against Torino. Before losing 1-0 in their last meeting, Atalanta had always scored in their 10 previous games at home against Torino in Serie A. Atalanta have lost their first two games of the season for the first time since the 2009/10 campaign, when they lost the first four. Torino have already scored seven goals – their best opening tally after the first two rounds of Serie A.

Chievo Vs Lazio
Chievo have scored 28 goals in Serie A against Lazio, their joint-most against a Serie A opponent to date. However, they have only won one of their last six league games against Lazio (L3 D2). Chievo’s last six Serie A games have always seen at least one of the two teams failing to score; they were scoreless in five of those. Their last home loss in the league came in January 2016 (0-4 vs Juventus). Since then they’ve won five times, with four draws.
Three of Lazio’s last five away games in the league have seen the Biancocelesti scoring at least three goals. Lazio have already netted three goals before half time – more than any other side in this campaign.

Genoa Vs Fiorentina
Fiorentina are unbeaten in their last 13 Serie A games against Genoa (W7 D6). However, four of their last five meetings in the league have seen these two sides share the points. Only three goals have been scored in the last four Serie A meetings between Genoa and Fiorentina.
This is only the fifth time that Genoa have managed to win their first two games of the season in Serie A, after 1932/33, 1936/37, 1947/48 and 2009/10. Only in 32/33 and 09/10 did they win three out of three. Genoa have won both of their games this season after trailing, claiming six points from behind in total.

AC Milan Vs Udinese
Over the last six Serie A meetings between these two sides, the same result has never repeated for two consecutive games – in their last meeting, they drew 1-1 at the San Siro. AC Milan are unbeaten in their last nine meetings against Udinese at the San Siro (W6 D3). The Rossoneri have found the net in each of their last 18 home games against the Friulani in Serie A (an average of 2.8 per game). AC Milan have already conceded six goals after two matchdays, equalling their worst tally in Serie A (like in 1946/47 and 1983/84). All of these six goals conceded by AC Milan have been from inside the penalty box.

AS Roma Vs Sampdoria
Roma have won only four of their last 13 Serie A games against Sampdoria (D4 L5). The last seven meetings at the Olimpico between these two sides have never seen the same result repeated twice in a row – the Giallorossi won the last one. The last nine games between these two sides at Roma’s ground have always produced at least two goals.
Sampdoria have won their first two games of the season for the ninth time in Serie A – in seven of those previous occasions they went on to finish at least 8th. Roma have been leading for 106 minutes so far in this campaign – more than any other side in this Serie A (excl. Sassuolo who’ve been awarded a loss in their last game against Pescara).

Pescara Vs Inter Milan
Inter have won their last six Serie A games against Pescara. The Nerazzurri have scored at least two goals in each of those last six games against Pescara, and kept a clean sheet in four of them.
Pescara’s only home win in Serie A against Inter was in April 1978 – since then, the Nerazzurri have won four times, with one draw. Pescara have collected four points from the first two Serie A match-days, their best opening tally in Serie A since 1987/88. This is the 15th time in their history that Inter have failed to win in the two opening rounds of a Serie A campaign, and the first time they’ve done so since 2011/12.

Football Betting Predictions:
Back Inter Milan to win and Over 2.5 @ 2.57

Empoli Vs Crotone
Empoli and Crotone have met 16 times in Serie B – the Calabrians lead by five wins to four, with seven draws. However, Empoli are unbeaten at home against Crotone (W4 D4). The last time Empoli started a Serie A campaign with three losses in a row was in 2005/06. The last four clubs making their Serie A debut have always started by failing to win any of their first three games in the top-flight: Carpi and Frosinone in 2015/16, Sassuolo in 2013/14 and Treviso in 2005/06.

Serie A Betting Predictons:
Back Crotone to win @ 5.50