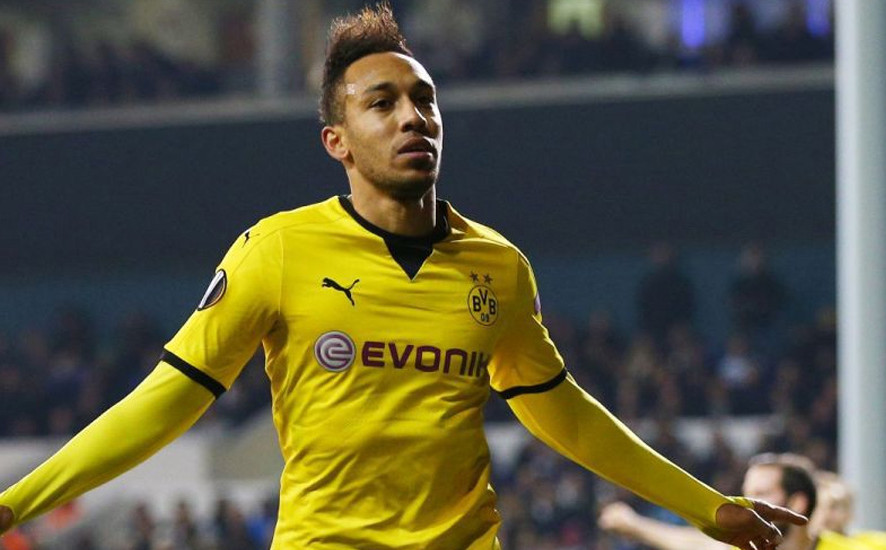 Bayer Leverkusen Vs Tottenham Hotspur
The only previous meeting between the two sides was during the group phase of UEFA Europa League at the BayArena on November 2006. Tottenham won the fixture by a 1-0 narrow margin, thanks to a first half-goal from none other than Dimitar Berbatov, who once embraced the Leverkusen colours.
Bayer Leverkusen have a poor record against Premier League clubs in UEFA Competitions. The lost 12 times from 19 meetings, getting away with 3 wins and 4 draws. Their 10 matches against English sides saw them winning 3 times, while they lost in 5 and held to drawn on 2 occasions.
Tottenham have a fairly even record against Bundesliga outfits. They won 9 and drawn 2 of the 18 fixtures, while losing in 7. They lost 6 times in 10 visits to Germany; managing 3 wins and a draw during the time. Our football betting prediction on this one is to be cautious.

CSKA Moscow Vs AS Monaco
This will be the first head-to-head meeting between CSKA and Monaco in a UEFA tournament. However, both sides have plenty of experience playing against clubs from their opponent’s country.
CSKA have played against French Ligue 1 sides in UEFA tournaments on 10 occasions and they have an even record with 4 wins, 2 draws and 4 losses. While the record at home is 2 wins, 2 losses and 1 draw from 5 matches.
Monaco also hold a similar kind of record against Russian clubs as their 8 UEFA matches saw them winning and losing 3 each along with 2 draws. At the same time, Monaco are yet to win while playing in Russia as they 4 previous visits resulted in 2 draws and 2 losses.

Club Brugge Vs FC Porto
The only two meetings between Porto and Brugge have to be dated back to the calendar year 1972. Porto won the home leg 3-0, but Brugge hit back in the return leg earning a 3-2 win.
Club Brugge can boast of an unbeaten record at home against Portuguese sides as their 4 matches saw 3 wins and a draw.
While Porto’s record in Belgium is not that encouraging. They managed only one win in the 7 wins and lost 6.

Real Madrid Vs Legia Warsaw
This will be the first head-to-head meeting between Legia and Real Madrid in a Champions League fixture.
Real Madrid had previously met oppositions from Poland on 6 occasions and won in all of them. Legia have a poor record against La Liga clubs in competitive meetings. They have won just once in 8 matches managing 2 draws, while suffering 5 defeats.

Dinamo Zagreb Vs Sevilla
These two great teams have never faced each other in the past, they will be doing that for the first time in this game. Dinamo Zagreb are only the second Croatian side that Sevilla are facing in a UEFA tournament. Their previous opposition from the country was HNK Rijeka, against whom they earned a win and a draw in the 2014 Europa League group stage. Their record against Spanish sides is a poor one as they tasted win only once in 8 meetings, while they drew 1 and lost 6.

Leicester City Vs FC Copenhagen
Both teams have not played against each other in the past, thus this will be their first meeting against each other.
At the same time, FC Copenhagen haven’t had the best of results when coming up against Premier League clubs. They managed just 1 win from 8 meetings, while the rest 7 matches saw 3 draws and 4 defeats.

Olympique Lyonnais Vs Juventus
The two teams have met before in 2014 UEFA Europa League game, Juventus won both legs of the game. Juventus have score 3 goals against Lyon and conceded 1, as they won 2-1 at home and 0-1 away in their previous fixture.

Sporting Lisbon Vs Borussia Dortmund
This will be the first head-to-head meeting between Sporting CP and Borussia Dortmund in a Champions League fixture.
Sporting have a poor record when coming against Bundesliga sides in UEFA tournaments. They have won only twice in 24 meetings and suffered 16 defeats. Both wins have come at home, while they lost and drawn 5 each of the 12 games hosted at Lisbon.
Dortmund have a relatively good record against Portuguese clubs and won 5 of the 8 matches so far and lost in 3. They have managed only one win from 4 trips to Portugal which was during the round of 32 clash of Europa League against Porto last season. While they suffered defeats in previous three trips to Portugal.

Arsenal Vs Ludogorets
This is the first competitive meeting between Arsenal and Ludogorets. It’s also the first time Arsenal are facing Bulgarian opposition, in all competitions. Ludogorets have only recorded one win in their eight previous Champions League matches (D2 L5); their sole victory coming at home against Basel in October 2014 (1-0). It’s also their only clean sheet in the competition. Meanwhile, they have won none of their four away games in the Champions League (D1 L3).
Arsenal have lost just three of their last 39 home games in the Champions League group stages, winning 30 and drawing six.

Bayern Munich Vs PSV Eindhoven
No Dutch club has ever beaten Bayern Munich on their own ground, in all competitions (D2 L8). Bayern Munich and PSV last faced each other in the 1999/00 Champions League first group stage. Both won their home game with the same scoreline (2-1).
PSV’s only away win against German opposition was in December 1977 against Eintracht Braunschweig, in the UEFA Cup (2-1). Since then, they’ve drawn three and lost 10 of their trips to Germany. Bayern Munich have won their last 13 home Champions League games, last failing to do so in April 2014 (0-4 v Real Madrid). It is the longest home winning run in the history of the competition.
PSV have won only one of their last 14 away Champions League games (D4 L9), a 1-0 win over CSKA Moscow back in November 2007. Bayern haven’t drawn any of their last 21 group games in the Champions League, winning 17 and losing four.

Celtic Vs Borussia Monchengladbach
This is the first competitive meeting between Celtic and Borussia Mönchengladbach. Celtic have won only one of their last 10 games against German opposition, in all competitions (D2 L7), it was against VfB Stuttgart at home in the Last 16 of the 2002/03 UEFA Cup (3-1).
Borussia Mönchengladbach have won none of their last five games against Scottish opposition (D3 L2), failing to score in four of them. However, their last encounter dates back to the 1986/87 UEFA Cup against Dundee Utd in the semi-finals (0-2 on aggregate). They have lost three of their previous four away Champions League games (D1), failing to score in three of those four games including in their only away game so far this campaign (0-4 v Man City).

Napoli Vs Besiktas
This is the first competitive meeting between Napoli and Besiktas. Napoli’s only previous encounter with a Turkish club in European competition was in the Last 32 of the 2014/15 Europa League against Trabzonspor. The Italian side won both games without conceding a single goal (4-0, 1-0).
Besiktas have never won a European game against Italian opposition (D2 L9). They’ve also never kept a clean sheet in Italy (6 games).
Napoli have never lost a home game in the European Cup/Champions League (W8 D3). They’ve actually won their last six at the San Paolo in the competition, scoring at least two goals in each of those victories. Napoli have won eight of their last 10 group games in the Champions League (L2). They have only failed to score once in 16 Champions League games, that2 was against Arsenal in October 2013 (0-2).

Paris Saint Germain Vs Basel
This is the first competitive meeting between Paris SG and Basel. It’s also Paris SG’s first ever competitive encounter with a Swiss club.
Basel have never won an away game against French opposition, in all competitions (D2 L3). Paris SG have lost only one of their last 40 home games in European competition (W25 D14), that was against Barcelona in April 2015, in the Champions League quarter finals (1-3).
Paris SG have also only failed to score in only one of their last 26 games at the Parc des Princes in European competition, it was against Real Madrid in October 2015 (0-0). Since their return to the Champions League in 2012/13, Paris SG have won 18 of their 26 group games (D4 L4). They are yet to keep a clean sheet in the Champions League in 2016 (6 games).
Basel are winless in their last six Champions League games (D3 L3), scoring just three goals in those six games and failing to keep a single clean sheet.