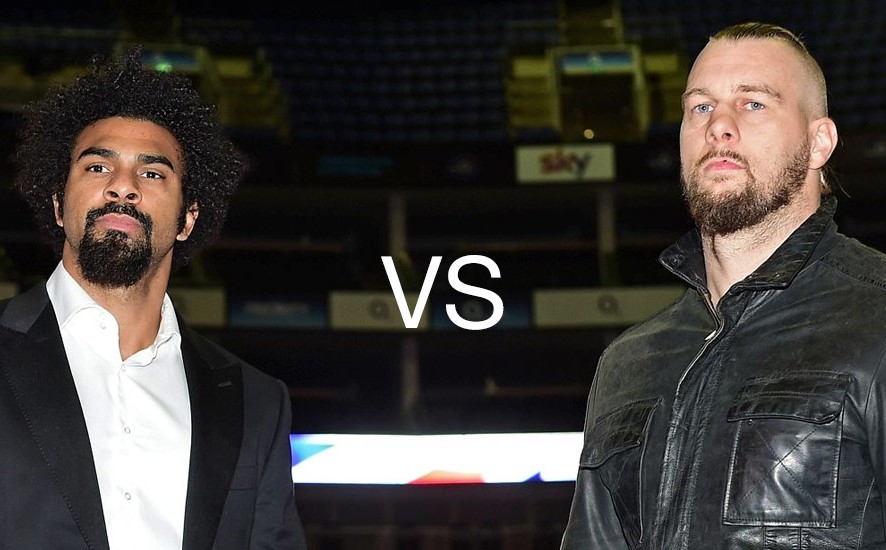 David haye is one of the more exciting personalities in boxing, and the current atmosphere in the boxing heavyweight department has drawn him out of retirement for another potential world title fight. He starts his comeback as a big favourite against Mark de Mori on January 16, 2016.
Our bookmakers at Baba Ijebu currently has David Haye at 1.04 to win as betting favorite over Mark de Mori who is at a 11.00

David Haye is naturally a massive favourite over a fighter of Mark’s calibre, even if he hasn’t stepped into a professional boxing ring in almost 4 years. Lured back into the ring after the heavyweight division was open after Klitschko’s loss, the ‘Hayemaker’ likely sees this as a prime opportunity to become world champion again. In fact, David Haye was a favourite over Tyson Fury when they were going to fight each other in 2013, and many in the boxing world feel Haye could beat any of the current world champs.

A question to ask though is whether the Haymaker isn’t a little rusty from 4 whole years of absence from professional boxing. He might look a formidable opponent for Mori in his prime but is he one now? With odds of 11-to-1 for Mori to beat Haye, we’ll advice you to back the Warriors Boxing Mark de Mori who spends a lot of his spare time rescuing street cats and pays for their operations 😀