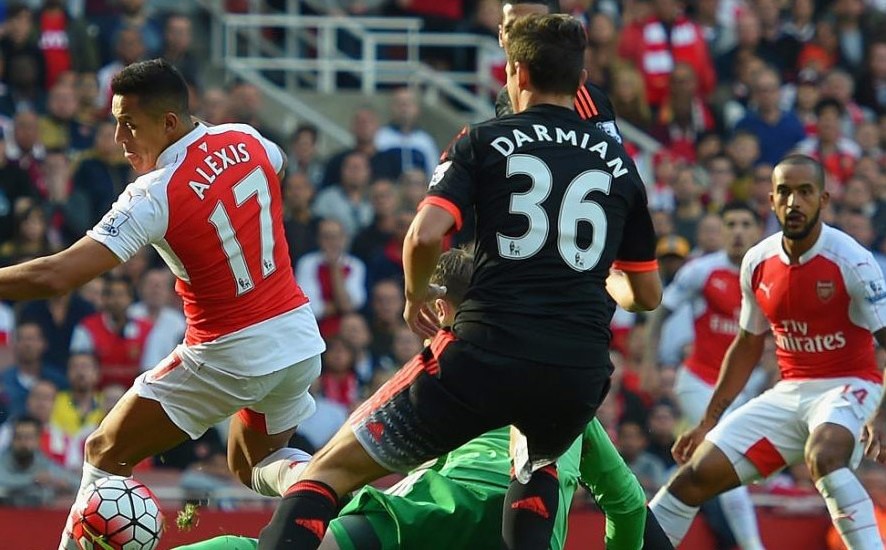 West Ham United Vs Sunderland
The Hammers have won seven and lost just one of the last 10 Premier League home games against the Black Cats.
Former West Ham boss Sam Allardyce returns to his old club. He had a 31% win percentage rate compared to new boss Slaven Bilic who has won 38% of his games in charge. Bilic has the best win percentage of any West Ham manager in the Premier League era (min. 4 games).
West Ham United have conceded the highest proportion of goals in the first half of matches this season (61%).

Leicester Vs Norwich City
Norwich City have won just one and lost nine of the last 12 Premier League away games. The Canaries have gone 13 Premier League games on the road without a clean sheet.
Only Riyad Mahrez (24) has been involved in more Premier League goals (scored and assisted) than Jamie Vardy (22) this season.

Southampton Vs Chelsea
Southampton have failed to keep a clean sheet in their last 11 Premier League games against Chelsea. Chelsea have won four and lost just one of their seven Premier League trips to St Mary’s.
There have been four goals netted inside the first 20 minutes in the last three Premier League meetings between Chelsea and Southampton.

Manchester United Vs Arsenal
Arsenal have won none and lost six of their last eight Premier League trips to Old Trafford. The Gunners’ win against United at the Emirates earlier this season ended a run of eight Premier League matches without a victory against the Red Devils for Arsene Wenger’s men (W0 D3 L5)
Arsenal have dropped seven points from winning positions away from home, the joint-most in the Premier League along with Man UTD.