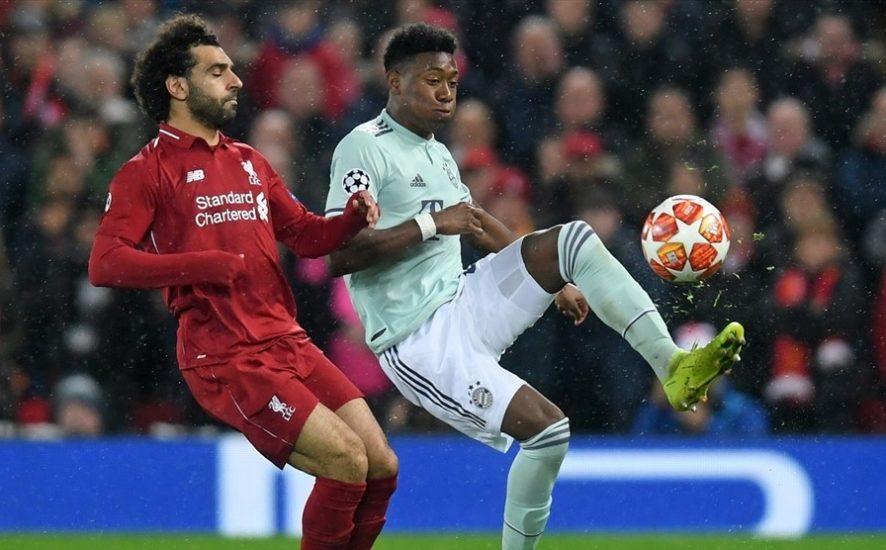 The second leg Match Day A in this Round of 16 produced unbelievable matches and results. Juventus need a magical night on Tuesday to overcome a two-goal deficit against Atletico Madrid to progress to the last eight. Barcelona and Bayern Munich play the return legs at home after earning a scoreless first leg; with the away goals rule, are we in for another upset from Olympique Lyon at the Camp Nou or Liverpool with Jurgen Klopp putting a stop to the Bavarians European dreams at the Allianz Arena? Manchester City have an advantage from the first leg but need not be reminded of how quickly things can change as we saw at Parc des Princes in Paris and Santiago Bernabeu last week.

Here is our preview of the Round of 16 2nd Leg Match Day B.

Juventus have it all do at the Juventus Stadium on Tuesday night as they aim to overturn a two-goal deficit scored by defenders Jose Gimenez and Diego Godin in the Champions League tie against Atlético Madrid. The Italians have been eliminated by Spanish opposition in the last two seasons and will need to rediscover their impressive home form against a team who have not lost away to an Italian club in more than seven years. Both teams have been losing finalists twice in the past five seasons. Nights like Tuesday were one of the reasons the Bianconeri sought after Cristiano Ronaldo and he will be expected to deliver on the big stage like he has done in the past. Both teams have players suspended; Alex Sandro is out for Juventus while Thomas Partey and Diego Costa will miss the trip to Turin. Cristiano Ronaldo is the man to watch; he has 22 goals in 32 matches.

VERDICT – The sides were paired together in the 2014/15 group stage, Atlético won at home 1-0 win while the second game in Turin ended goalless. Juventus record in two-legged ties against Spanish clubs is 9W 7L with the 2017/18 UEFA Champions League campaign ended in a dramatic quarter-final defeat by Real Madrid (0-3 home, 3-1 away). The Old Lady have lost only three matches of 36 European matches at Juventus Stadium while Atlético have lost only one of their last 11 away matches in all competitions. A real battle is anticipated on Tuesday night where the outcome could swing either way.

Manchester City showed character to turnaround a dramatic first leg in Gelsenkirchen to leave them within sight of the Champions League quarter-finals for the third time in four years while Schalke are staring down the barrel of a fourth successive last-16 elimination. Raheem Sterling’s 90th minute winner gives City the advantage ahead on the second leg at Etihad Stadium. It has been a disappointing Bundesliga campaign for Schalke, they are four points of the dreaded relegation zone and haven’t won their last six competitive games. The Royal Blues have two wins, two draws and six defeats in 2019. There isn’t much to cheer ahead of their trip to Manchester for Domenico Tedesco team.

VERDICT – Manchester City’s home record in all competitions this season is 21W, 2L. They have won the last nine, scoring 39 goals and conceding three in that period. Schalke have conceded three or more goals in each of their last four matches in all competitions – their worst run since September 1964. The Miners are without a win in their last six games against English sides (2D, 4L), since a 2-0 victory at Arsenal in October 2012 which is their sole victory in England. City are favorites to win the game and coast through to the quarter finals.

Both Barcelona and Lyon remain unbeaten in this season’s Champions League as they meet again on Wednesday night with a place in the quarter-finals at stake. There is no hiding place anymore; so something has to give in Catalonia. Los Cules have the magicians in their ranks and he would be expected to pull strings in front of a full crowd at the Camp Nou. Barcelona had a record 25 shot on the night in February but Martin Terrier’s first-half shot against the Marc-André ter Stegen crossbar was the closest to either scoring at the Groupama three weeks ago. Considering the first leg result, Lyon will have to consider their best approach for this game with knowledge that every away goal means two for Barcelona.

VERDICT – Are we likely to see a repeat 2008/09 season? Both teams met at the stage then; a 1-1 draw in Lyon was followed up with a 5-2 victory for the Catalan giants to progress 6-3 on aggregate. History favors Barca, however, Leo Messi is still the main man but relying on him heavily might be costly for Ernesto Valverde’s team. Lyon’s last victory in the round of 16 came at the expense of Real Madrid, 2-1 on aggregate in 2009/10 (1-0 home, 1-1 away). Barcelona are unbeaten in 29 Champions League home matches, a run that started in September 2013 (26W, 3D). Lyon have not been great on the road so the home team are favorites. Over 2.5 goals in the game.

All eyes will be on Allianz Arena when Bayern Munich host Liverpool in the second leg of their round of 16 clash. Both teams cancelled each other in the first leg at Anfield with chances few and far between them to end the game in a stalemate. A winner has to emerge on Wednesday night in a game which would be keenly contested between two former winners of the competition. Bayern will aim to continue their fine run of form at home against English clubs – they have won the last four matches while Liverpool have suffered four successive away Champions League defeats. The Bavarians will be pumped up for this with a rival in the opposition dugout. The former Borussia Dortmund coach lost the 2013 Champions League final to Bayern Munich and would love nothing more than put them to the sword on their own patch.

VERDICT – Bayern warmed up nicely for this game with a resounding victory over Wolfsburg –  a win that propelled them to the top of the Bundesliga while Liverpool are chasing Manchester City closely in the Premier League title race. The Reds lost all three group stage games and have lost five of their last nine European matches, all those defeats coming outside England. However, Liverpool are unbeaten in four games in Germany (2W, 2D). There would be goals on the night from both teams but Bayern have the slight edge because of home advantage.

This wraps us our Round of 16 2nd Leg Match Day B preview. You can win big by predicting in the money spinning competition by visiting our Sports shop Babaijebu.ng for mouthwatering offers for all these UCL matches.