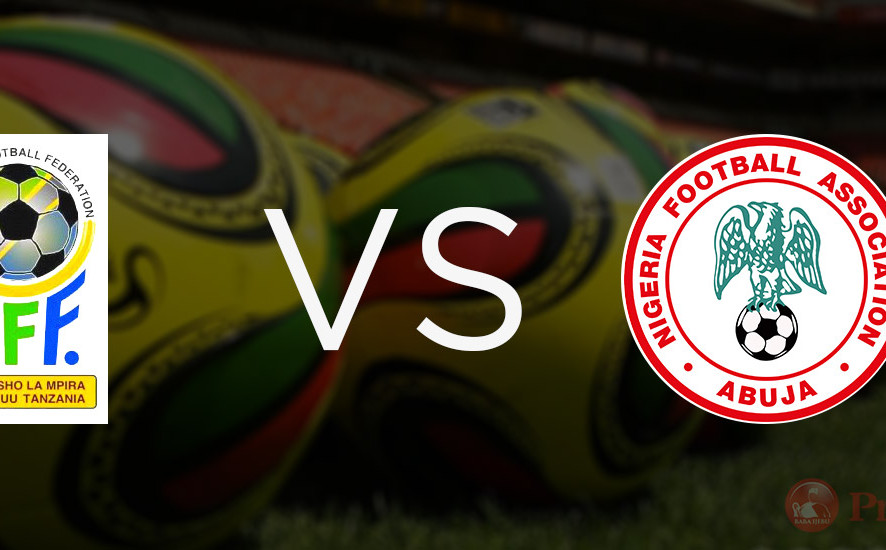 Head Coach Sunday Oliseh will be looking for a first official win as Super Eagles coach in the match against Tanzania scheduled for Saturday Sept 5th, 2015.

The super eagles will be looking to build from the win they got in their first qualifying match against chad where they came out 2-0 winners at the Ahmadu Bello Stadium, Kaduna, via goals from Gbolahan Salami and Odion Ighalo.

It will be worth noting that there is immense pressure on the Super Eagles to qualify for the 2017 AFCON mundial, because they failed to qualify for the penultimate 2015 AFCON. Therefore all hands will have to be on deck in this particular match. Tanzania will be playing in front of their fans at the Benjamin Mkapa National Stadium in Dar-es-Salaam, which should give them a home advantage. Although, if the super eagles shows the same commitment they showed in their first match, then a win shouldn’t be too difficult.

Tanzania lost their first AFCON match 3 to 0 against perennial champions Egypt, that and a history of other losses both in the friendlies and Cosafa can either serve as a motivation for them to fire on all cylinders or put them under undue pressure and prevent them from getting their first 3 points.

Psychology is a very important factor in football, and the Super Eagles slightly have the edge because asides the fact that they won the only ever match these two teams played previously, they are in slightly better form over the last 5 games, the super eagles form chart shows (D L W D W) which indicates 2 wins, 2 draws and one loss, a total of 8 points from a possible 15. Tanzania on the other hand have won just 1 of their last 5 games with a form chart of (W D D L L) which indicates 1 win, 2 losses, 2 draws, a total of 5 points from a possible 15.

A win or a draw will see Nigeria on either 6 or 4 points after 2 games, which will not be so bad, but for Tanzania on the other hand, only a win will do, if they are to stand any chance of qualifying for the 2017 African Cup of Nations Championship.

The Baba Ijebu team will advise sport betting fans to place their bets on the Super Eagles in this game, because it’s fairly obvious who will have the upper hand after all aforementioned comparisons and statistics.

It’s also obvious the newly appointed Nigerian football coach, Sunday Oliseh isn’t about to settle for a draw or loss either, being quoted from the Nigerian Vanguard to say that “The match in Dar es Salaam is very, very crucial, not only because it will be my first match as Head Coach, but also because we have no choice than to win. The three points are important for us to keep up the tempo in our group.

“We are on the same three points with Egypt, though they have scored a goal more. That is why we cannot afford any slip along the way. We will deal first with the match in Tanzania, and then we will start thinking about the CHAN qualifiers with Burkina Faso in October, and then the World Cup qualifying fixture in November. There is a lot of work. After these matches, we will now start working towards the two AFCON qualifying matches we have with the Pharaohs in March next year.” That man doesn’t joke at all 😀

An optimistic Tanzanian fan will argue that form counts for nothing these days in football. Well, there is only one way to find out. Catch the match live on the 5th of September 2015. Place your bets before then though!