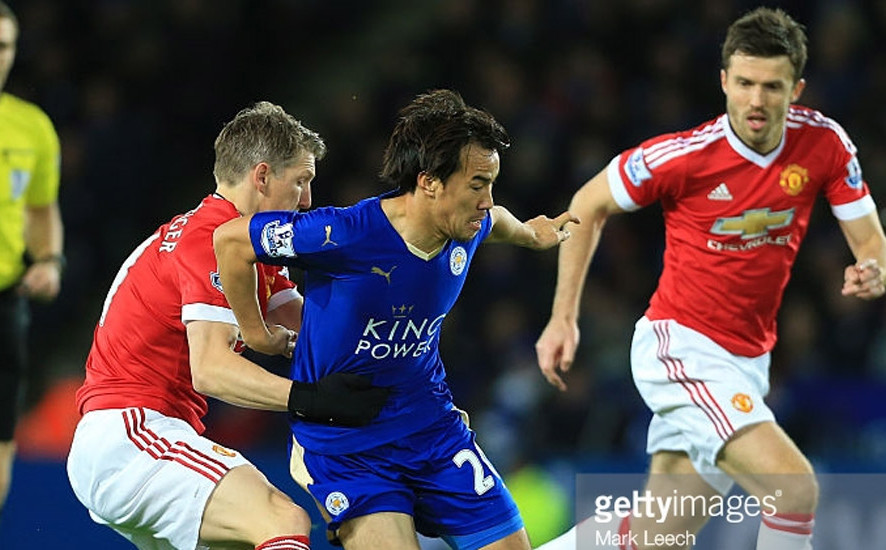 Liverpool Vs Swansea City 1-0
James Milner scored from the penalty spot for the second game running to earn Liverpool a hard-fought 1-0 win over Swansea City at Anfield on Sunday.
Milner was on target with a penalty in Thursday’s Europa League victory over Bordeaux, and he proved Liverpool’s match winner against Garry Monk’s side after the hosts had looked set for a frustrating stalemate.

Norwich City Vs Arsenal 1-1
Arsenal lost both Alexis Sanchez and Laurent Koscielny to injury in what could prove to be a damaging 1-1 draw with Norwich City on Sunday.
Mesut Ozil scored his second Premier League goal of the season to put Arsene Wenger’s side ahead at Carrow Road but Lewis Grabban equalised from close range just before the break, after Koscielny had been forced off with an apparent hip problem.

Tottenham Vs Chelsea 0-0
Tottenham extended their unbeaten run in the Premier League to a club record 13 games with a 0-0 draw against Chelsea at White Hart Lane.
Mauricio Pochettino’s side controlled possession for much of Sunday’s match but were unable to turn it into goals in a contest which starkly contrasted Tottenham’s 5-3 win in last season’s corresponding fixture.

West Ham Vs West Brom 1-1
Rickie Lambert’s heavily deflected strike earned West Brom a 1-1 draw with West Ham at Upton Park on Sunday, cancelling out Mauro Zarate’s brilliant opener.
Zarate’s superb free-kick had given the hosts the lead in the first half as the Hammers looked to arrest a three-game winless run that has coincided with an injury to playmaker Dimitri Payet.
But to the chagrin of West Ham’s premier league betting fans, West Brom increasingly grew into the contest and looked the more likely winners after Lambert’s goal, with Adrian making a fine save to keep out a close-range header from Salomon Rondon.

Bournemouth Vs Everton 3-3
Junior Stanislas scored a 98th-minute equaliser to earn Bournemouth a remarkable 3-3 draw against Everton after Ross Barkley seemed to have won it in stoppage time for the visitors.
Everton appeared to be on their way to a comfortable win following first-half goals from Ramiro Funes Mori and Romelu Lukaku (which is a win for premier league betting fans who put in for Half-time results), but Bournemouth drew level through Adam Smith and Stanislas late on.
There was then even more drama as Barkley looked to have stolen victory for the visitors before Stanislas restored parity again with virtually the last kick of the game.

Aston Villa Vs Watford 2-3
The game between Aston Villa and Watford finished 2-3 in favour of the away side. Odion Ighalo had given the visitors the lead after 17 minutes, converting a loose ball after Villa had failed to clear their lines on several occasions.
But the hosts hit back just before half-time with skipper Micah Richards heading in a free-kick to ensure the scores were level at the break.
Villa’s defence always looked likely to make a mistake and a hapless Hutton turned into his own net when Ighalo looked set to score again.
Watford made the points safe in the last few minutes as boyhood Birmingham City fan Troy Deeney rose highest to head in for 3-1, leaving Jordan Ayew’s marvellous strike scant consolation for Villa, who remain winless under Remi Garde.

Crystal Palace Vs Newcastle United 5-1
Crystal Palace secured a convincing 5-1 win over Newcastle united in their Saturday afternoon kick off. Papiss Cisse had given Newcastle an early lead, but after goals each from Yannick Bolasie and James McArthur, and another one from Wilfried Zaha, it eventually proved to be a mere consolation.

Leicester City Vs Manchester United 1-1
Bastian Schweinsteiger cancelled out Jamie Vardy’s record-breaking goal to ensure Leicester City and Manchester United shared the spoils in a 1-1 draw on Saturday evening.
England striker Vardy, demonstrated the coolness and precision in front of goal that are quickly becoming his trademarks to put the hosts ahead, but Bastian Schweinsteiger scored his first goal for united to restore parity before half time.

Manchester City Vs Southampton 3-1
Manchester City bounced back from two consecutive defeats with a 3-1 win over Southampton, but the shine was taken off the victory after Sergio Aguero suffered yet another injury.
City responded to losses to Liverpool and Juventus with a scintillating start to the contest as Kevin De Bruyne opened the scoring in the ninth minute.
Delph added a deflected second before the defensive frailties that tainted the 4-1 thrashing against Liverpool seven days ago returned to unnerve Manuel Pellegrini’s team.
The injury-enforced absences of goalkeeper Joe Hart and captain Vincent Kompany were keenly felt as Southampton asked repeated questions of a ramshackle backline that was punctured when Shane Long, in for the suspended Graziano Pelle in attack, scored a 49th-minute header.
Ronald Koeman’s side looked favourites to score the next goal, but Aleksandar Kolarov smashed home in the 69th minute to ease the tension.

Sunderland Vs Stoke City 2-0
Late goals from Patrick van Aanholt and Duncan Watmore secured back-to-back Premier League wins for Sunderland with a 2-0 result over Stoke City.
Full-back Van Aanholt lashed home an 82nd-minute effort from the edge of the area after Adam Johnson laid a free-kick into his path.
And the victory was sealed two minutes later as substitute Watmore was rewarded for an energetic display, surging into the box from the right and firing in across the face of goal to send Sunderland two points clear of the relegation zone.