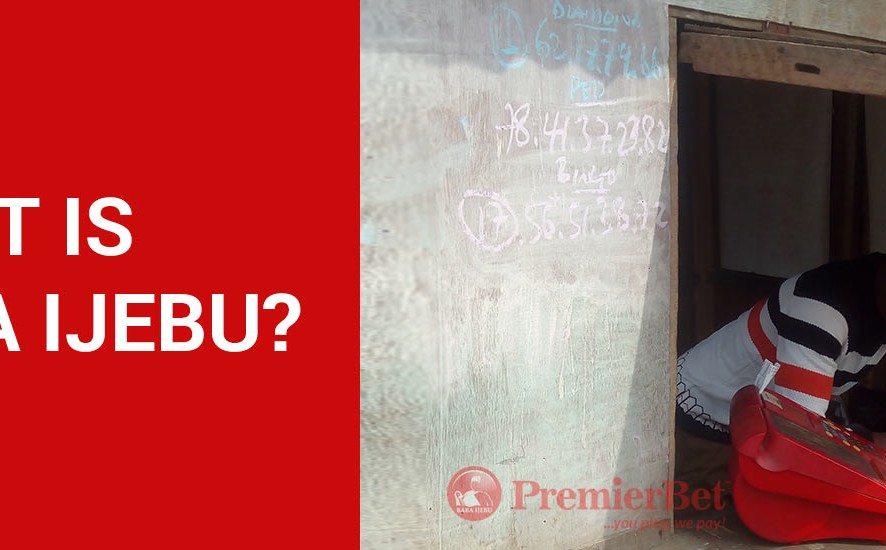 Baba Ijebu is Nigeria’s largest and oldest lottery business, with its headquarters based in Lagos. The man behind Baba Ijebu is Chief Kessington Adebutu, a serial entrepreneur and philanthropist. He is the chairman of Premier Lotto, the company which he incorporated back in 2001 and which owns and runs the Baba Ijebu lotto.

Baba Ijebu is a 90-ball fixed odds lottery game, which has 6 draws a day, except for Sunday, where only four draws take place. The first draw always happens at 9.45am (Mondays to Saturdays), with the last one taking place at 10.45pm. The majority of the famous Lotto customers place their bets at roadside kiosks which are manned by Baba Ijebu agents who take a commission on each ticket sale they make. Players can also play Baba Ijebu by using their MTN airtime credit. To play all you have to do is dial *755# and follow the simple onscreen instructions.

The lottery business is fully licensed and regulated by both Federal and State authorities and is held in high regard for the way it pays out its players in a fast and accurate manner.  Baba Ijebu through its extensive agent franchise model has enabled thousands of people to become entrepreneurs in their own right, through purchasing a lottery red terminal and selling lotto tickets to the masses.

For the lotto playing public, many see playing Baba Ijebu in a similar way to playing the stock market, more of an investment of their money, rather than a hopeless gamble.  The most popular bet type played by Baba Ijebu fans is NAP2, where all you have to do is pick two numbers from 1-90 and if they are drawn out you are paid out at odds of 240-1. Permutation betting, which involves picking several numbers and perming them across combinations is also another popular choice, with the minimum stake per ticket being 50naira.

Baba Ijebu is also available to play online, via desktop and mobile, through the official Premier Lotto gaming website, premierbet.ng

Baba Ijebu Trivia: The largest ever pay out on Baba Ijebu was a staggering 120million Naira.

An interesting fact, is that it was the players who started calling the daily lotto game “Baba Ijebu”. While the founder is from Ijebu, he is always keen to state this is not a family name, but one given fondly to him from the thousands of loyal customers who participate in his games on a daily basis.

As for the future of Baba Ijebu, the brand and lotto game is in good hands, with six of the founder’s children charged with running the business and scaling it across the entire country. With the rise of the internet, mobile phones and social media, Baba Ijebu is reacting to this by being accessible via mobile and desktop applications.

The vision for the business is to not only remain a prominent form of entertainment for millions of Nigerian men and women, but to be available anytime, anywhere.

Having seen the rise of Baba Ijebu since starting out in 2001, there is no reason to doubt that it won’t reach its new aims and goals, as it continues to bring fun, excitement and entertainment to all.